Horseshoe Bend
Did you know?​One of the decisive battles between American forces and native Indians was fought here.
Historical fact: Most native Indians died due to diseases like small pox from European contact while others were violently displaced or killed.
Strangely, there was no known pre-Columbian large civilization or empire in what constitutes today's USA and Canada like Aztecs or Mayans in Central and Southern Americas respectively.

Denali
​Although as beautiful as Alaska in general, Denali NP itself requires level setting expectations. Its different from standard US NP. Since there are not many marked trails and only one permanent route for entry and exit, much of the park can be explored only with back country camping permits.
Fun fact: Denali (then McKinley) became NP in 1917 much before Alaska became 49th state of USA(1959). 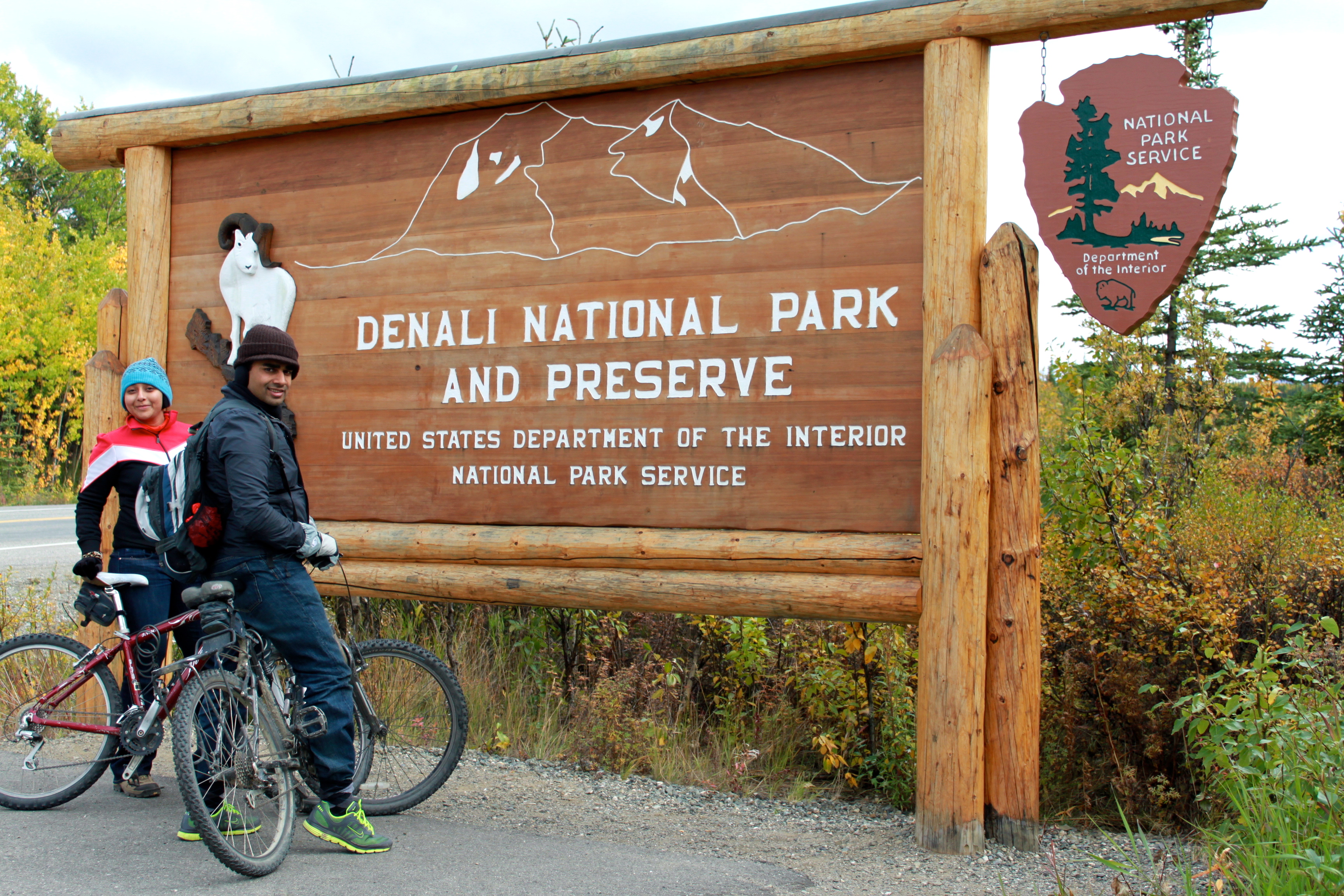 Sequoia & Kings Canyon
A trip during a period that evolved my perception of nature from something beautiful to experience and explore to something endangered to the point that it has ramifications to human existence itself.
Fun personal story: Right around this season, Sameer, Satish and I also visited Yosemite. I went alone for a short hike in the direction of vernal falls. I was so mesmerized by the sheer beauty that I kept going toward and beyond the falls. Meanwhile, Sameer panicked due to my long delay in to the evening and before long, they were pleading(plotting?) with rangers for a helicopter rescue operation.When I returned giddily after sunset, I received a dressing down from Sameer Khan as Satish rolled with laughter at the hilarity. That was the beginning of my passionate desire to explore US National Parks. 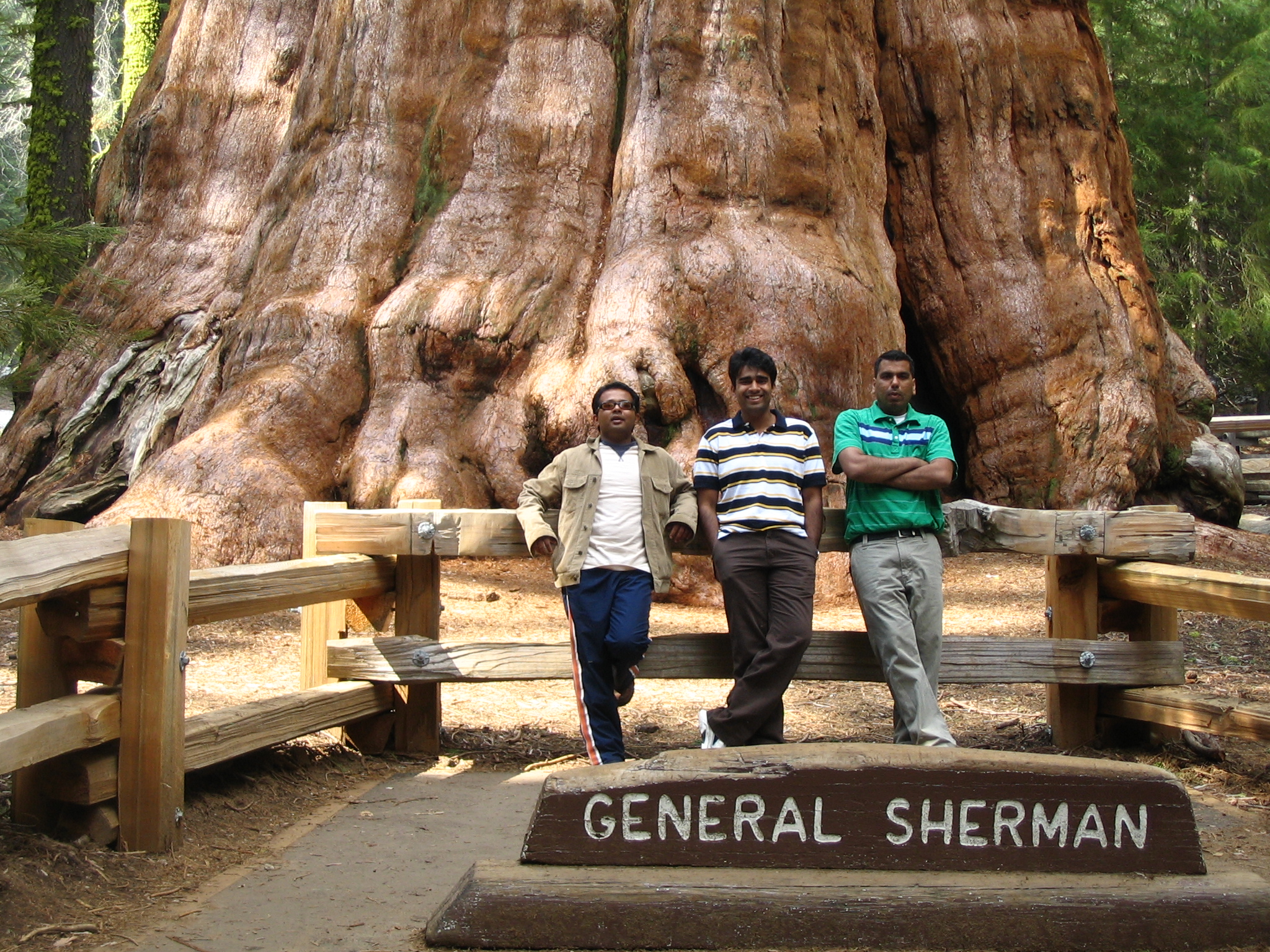 Canyonlands
This section is part of Grand Circle drive and breathtaking like a panoramic painting.
Global perspective: Setting aside land for preservation in US is relatively easy due to large swathes of land available for a comparative small population. World over however, preservation is an intense battle between environmentalists and large corporations (developers, mining interests etc). One such park is Virunga and there is sensational documentary on related political, social and economic fall out.  To read more, http://virungamovie.com/

Death Valley
​Although popular for wild flowers due to their sporadic but abundant occurrence, don’t forget to drive up to one of the largest breathtaking salt flats in the world.
Diabolical Geological fact:  The crust of salt in a salt flat can be misleadingly thin and could swallow large objects in the underlying quagmire.
Scientific stat: This is also the lowest point in USA at about 280 feet below sea level
Capitol Reef
Touring a NP without stopover at the visitor center is like going to a school campus and not attending a class. If surrounding is the 'what', the films and exhibits at the center are the 'why' and 'how' of the world we inhabit. 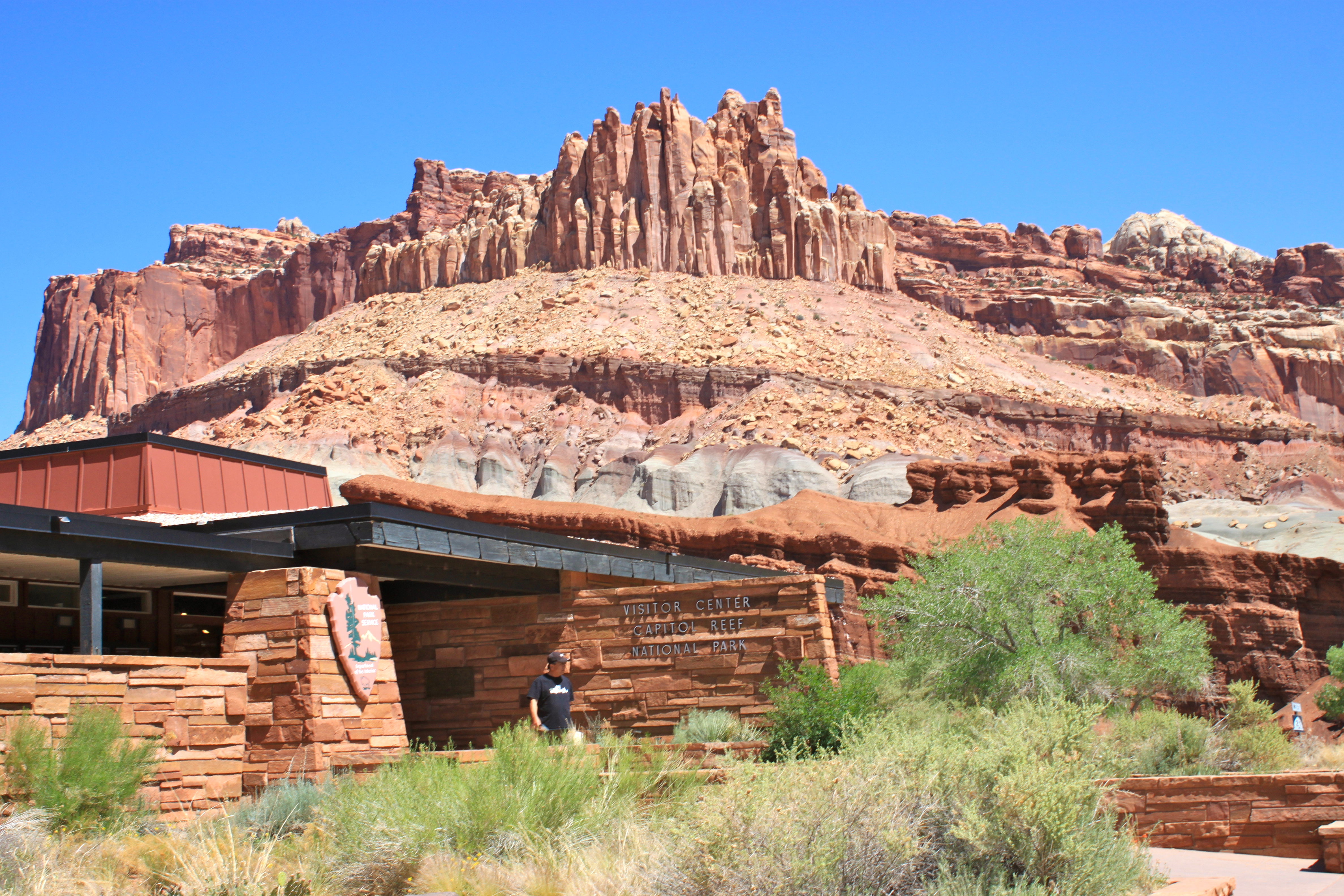 Monument Valley NP(Part of reservation; not a US territory)
Although often ignored on the tourist map, this is a breathtaking , magnificent, spiritual experience. Within a fleeting moment of a burgundy drenched evening, your mind may wander from childhood nostalgia to professional triumph; it could enter at one random past moment and exit from futuristic city. Every and any thought is possible. The place sets sensory organs on fire. What you will feel is inexplicable!
Economic observation: Although several books have been written on economy of US,  an essential question of whether US can comfortably claim Free Market as the sole reason for its economic superiority is left critically unanswered. How does one explain the effect of millions of relatively destitute original inhabitants getting killed and their land usurped (A primary resource for success in capitalist economy) 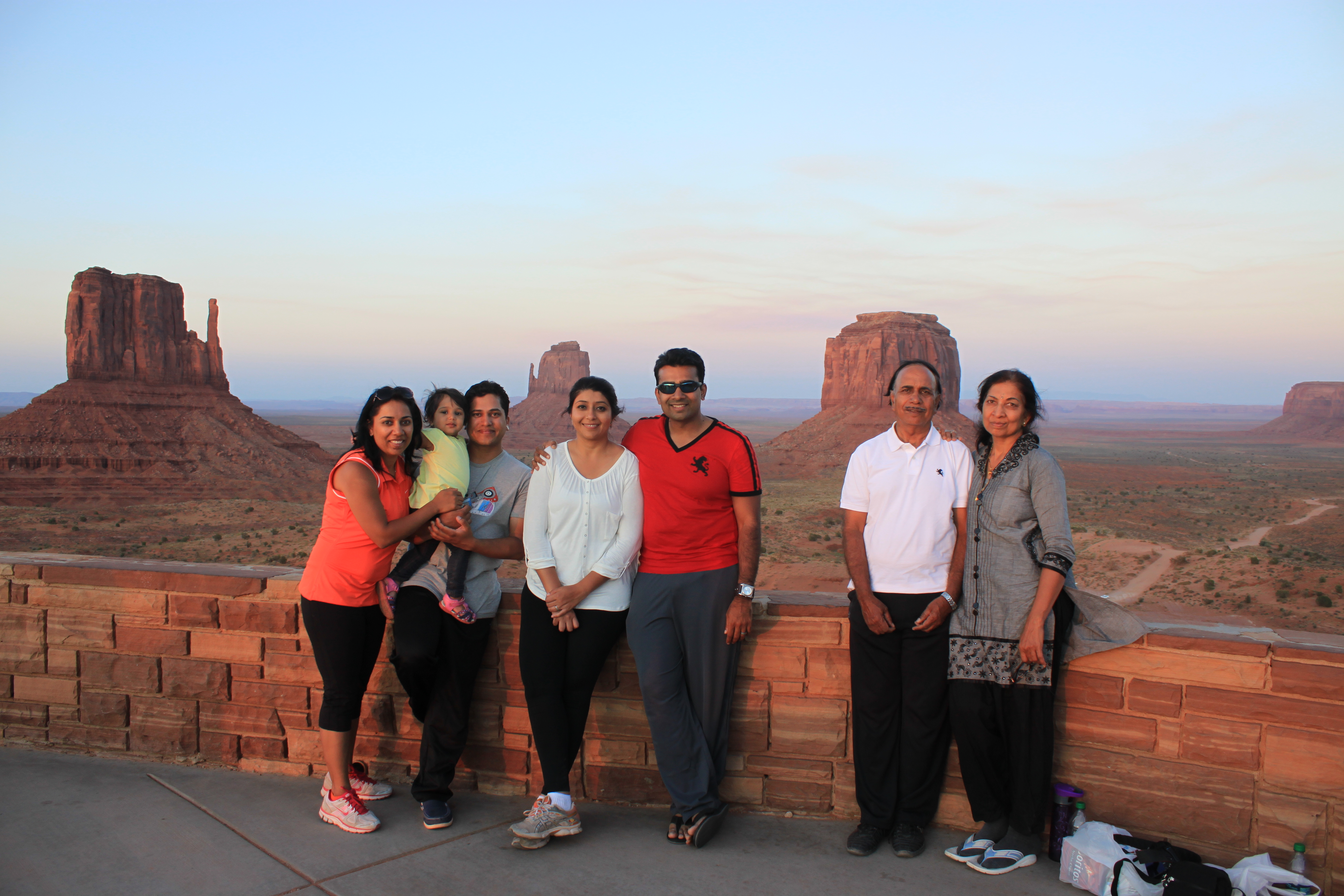 Everglades NP
Tourists go for crocodile which is fun but I hope we also understand this supremely important bio reserve. Mangroves, which cover large swathes of this park, are primary source of coast protection from cyclones and storm. They are also bio-filters that remove pollutants from sewage and hold back sediments.
Everglades tidbit: This is not a swamp but actually a river with lots and lots of grass
​India connection: Destruction of magroves leading up to 2001 Gujarat cyclone is considered major factor as to  why the cyclone's energy couldn't  weaken before it obliterated coastal areas. Such examples can be found world over. Hence, study of our ecosystem is essential, not just for kids but equally for adults. 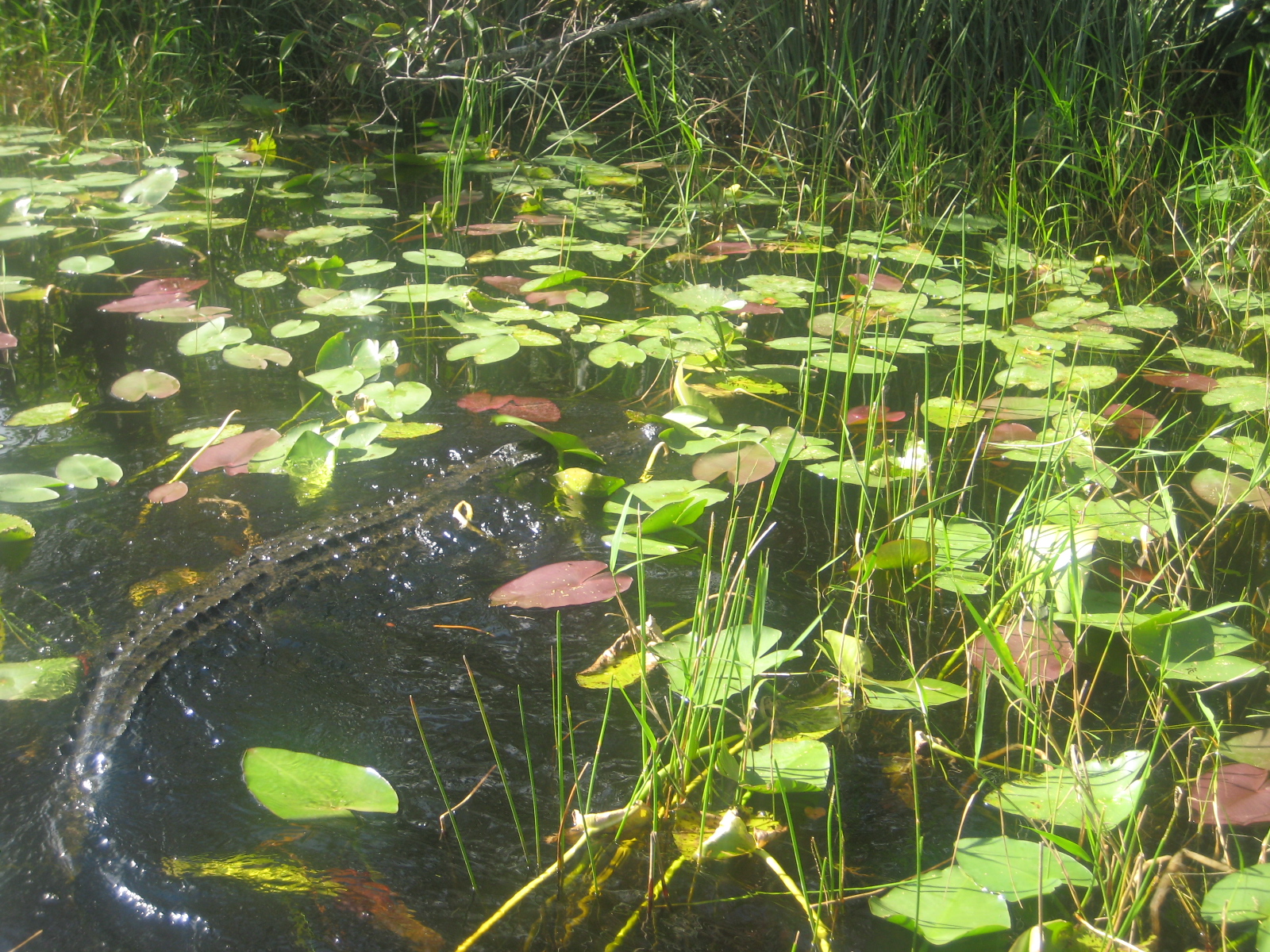