Our Global Diary
The meaning of life is to be alive ... with enthusiasm, ambition and compassion.  Born and raised in Pune (Nitin) and Ahmedabad (Chandni), we now call Los Angeles home as we explore life in all its rich dynamic offerings.
Over the past decade, we have criss-crossed the globe via 25 odd countries and trekked 35+ US National Parks. In the process, we have climbed the Half Dome in Yosemite National Park, crossed the Arctic Circle in Alaska, trekked to Machu Picchu in Peru in rafts and zip lines, dazzled at the golden chiseled temple of Petra in Jordan, left stunned as the vast jungles suddenly gave way to Mayan temples of  Tikal in Guatemala, marveled at the largest conglomeration of wild animals in Serengeti in Tanzania, flew over surreal mushroom formations in one of several 100 hot air balloons in Cappadocia Turkey, mystified by the massive tree trunks engulfing temples of Angkor Wat in Cambodia, swam with green turtles in the pristine beaches of Yucatan Peninsula, seen world's best sunsets in Costa Rica and reflected on revolutions visiting abandoned guerrilla sites of El Salvador and Nicaragua.
​We have trained for years and raised funds for the most disadvantaged by running multiple half marathons over last decade not to mention the wide array of astounding locations (think safari parks with animals roaming free or crashing waves by the beach) where we ran them. We have wandered on mountain tops and lost ourselves in deep seas as we undertook adventurous activities from skiing to snorkeling, from ice-climbing to scuba-diving and sports like badminton, tennis, swimming etc. Beyond just sports, this has freed our spirits and bonded us with nature at a metaphysical level. This indulgence in sporting adventure has further enriched our passive spectator role. When we watch Nadal grimace in pain as his knee gives in, we know how it feels. When Roger Federer cries like a little boy, we understand what it means. In short, we have taken athleticism as far as amateurs can take.

We are avid readers of primarily non-fiction work and current affairs and we are not hesitant to engage in a civil but passionate debate in an increasingly isolated and cynical discourse devoid of any political depth.

Chandni loves photography while Nitin loves writing short reviews of films especially after watching thought provoking yet cinematically well-endowed independent and foreign language films, and documentaries.
​
Despite all the different pursuits, the one that gives true meaning to our lives is active engagement with India’s public policy and its development. We believe in the secular faith of a religious man named Mahatma Gandhi and admire innovators like Steve Jobs and gladiators like Nadal alike. We draw inspiration from a small time activist working in decrepit slums of Delhi to international icons like Martin Luther King. We pride our partnership with several activists from different walks of life who have fought and/or are fighting for a better world. These experiences has lent our life a sense of purpose and a perspective that is larger than our lives driving us during times of struggle as we navigate our self-made life.

We have always believed in personally engaging and taking action to make this world a better place.  Martin Luther King's words have left a strong impression on us "Philanthropy is commendable, but it must not cause the philanthropist to overlook the circumstances of economic injustice which make philanthropy necessary."

Our mantra is Equality, Freedom & Justice for all. ​ 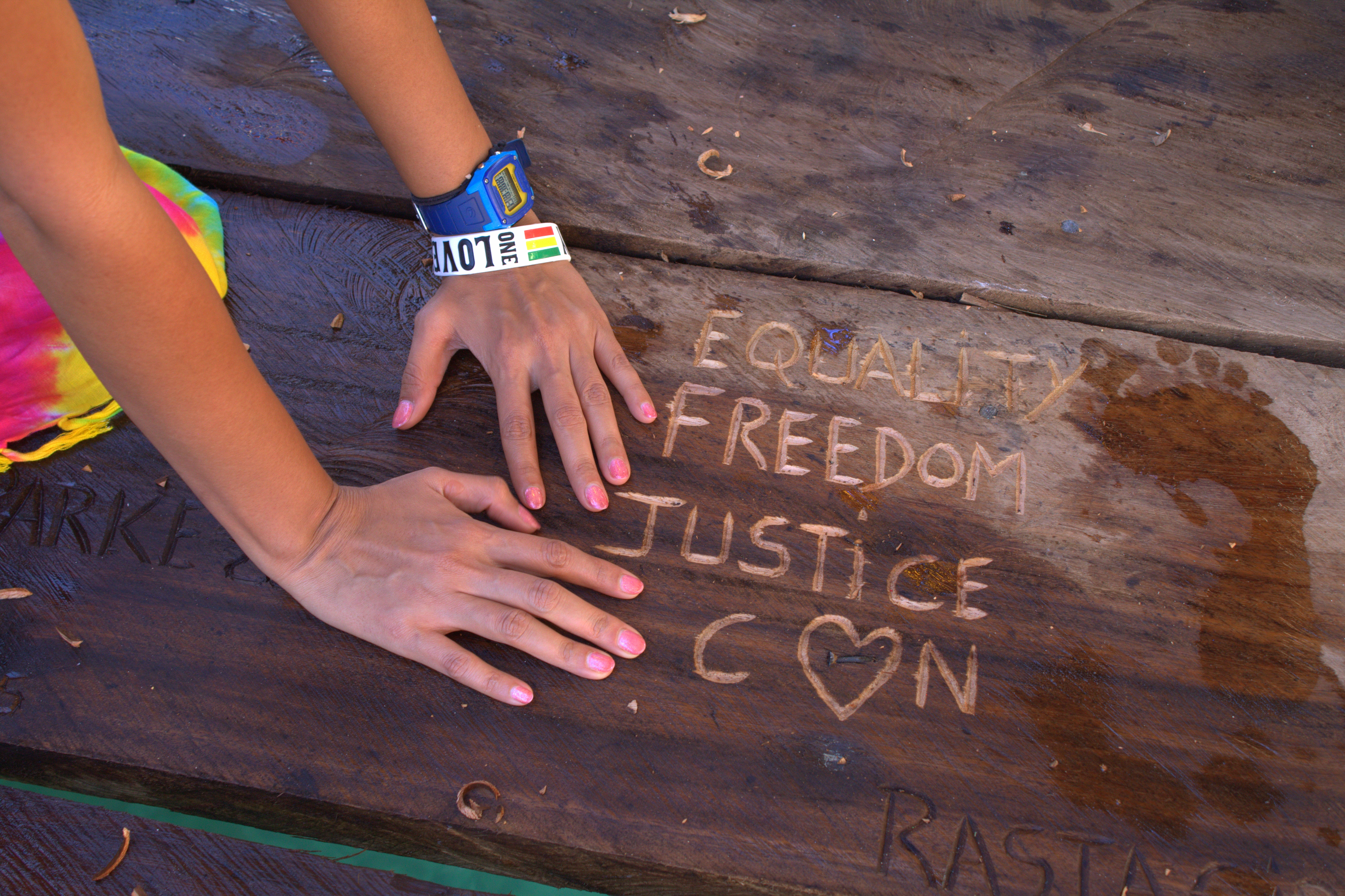 In this bar in the ocean, they carve the visitor's desired words on the wooden panels used to build the little shack. This one was ours.