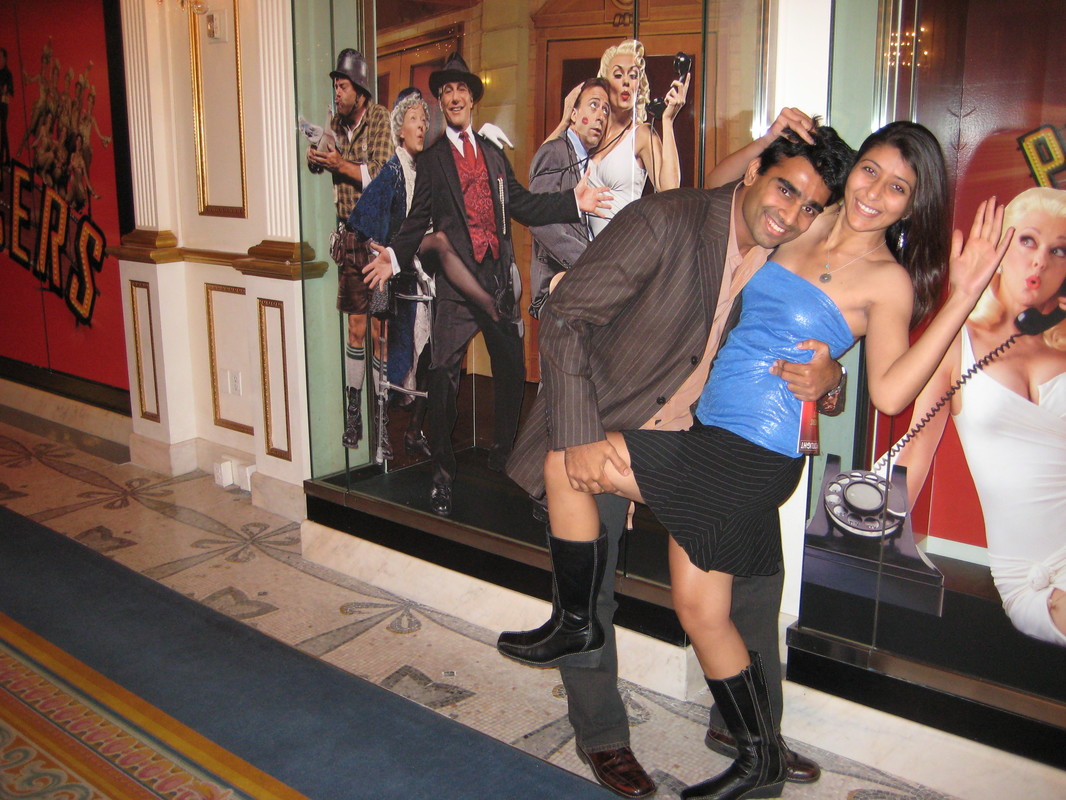 Producers is a classic goofball comedy. Like most comedies, its success primarily relies on perfect timing of rapid fire exchange between actors. Remember, there can be several re-productions of Broadway play/musical so do your research to see if its an original production or at least key crew members are well known. 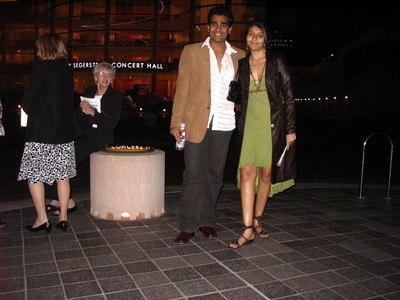 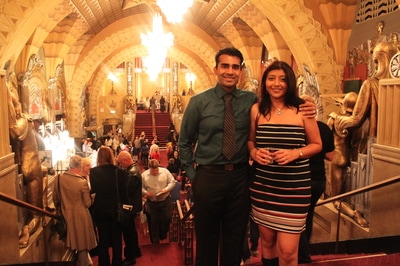 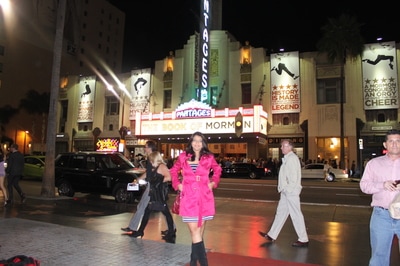 Dramas and plays are an important window into a different world, a way for us to engage with - Where or Who we cannot be. If you like architecture and acoustics, it also lets you explore different classic theaters. 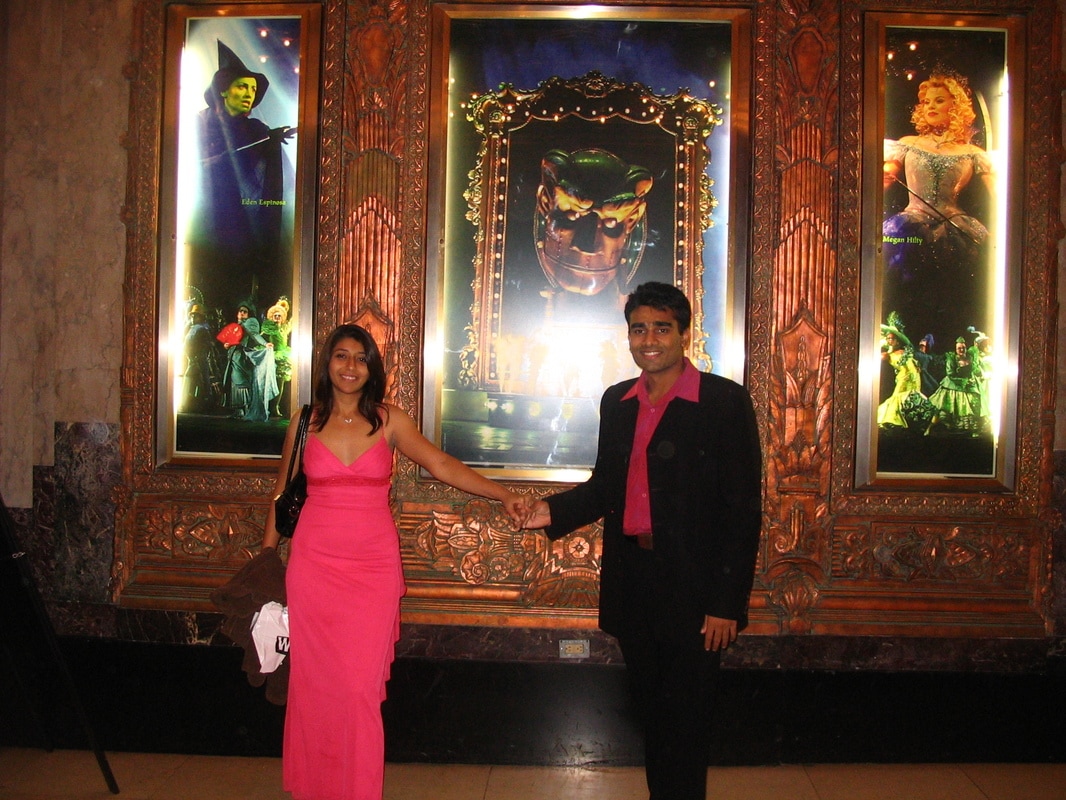 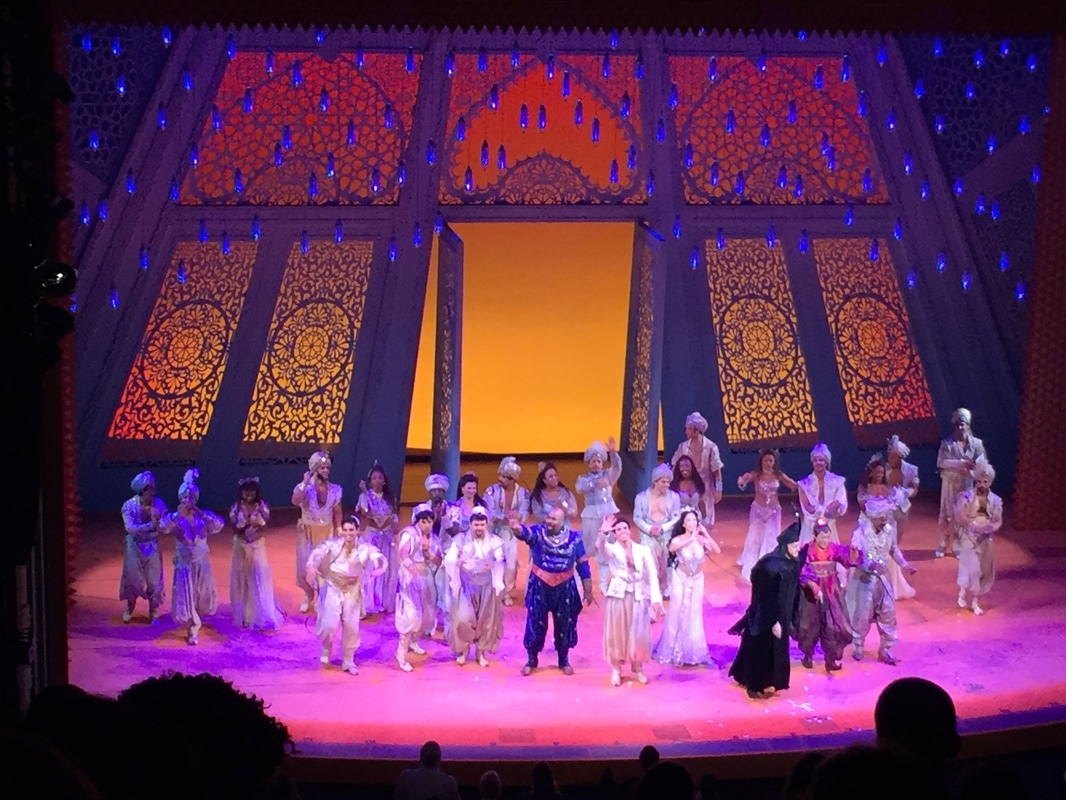 The production of Aladdin is the clearest example that what we create and produce today has resulted from centuries of work by motley group of people from different lands and ethnicities. This musical is a retelling from Arabian Nights, which itself is a book first compiled for English speaking audience in 1706. That book is a reproduction of One Thousand and One nights, which itself is compiled over several Millenia from wide variety of folk tales from the Arabian land verbally retold from one generation to another. So, if we are able to jump with joy at this foot tapping adventure show, it is because of contributions from unknown number of people on this planet. 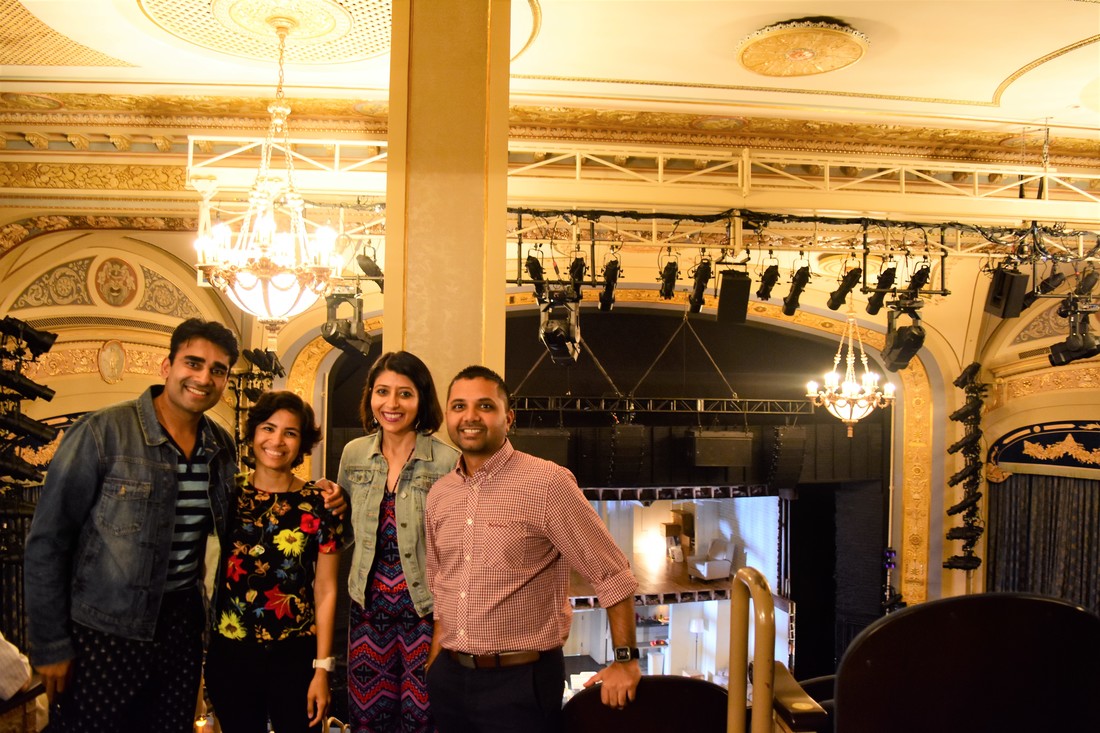 Watching a film or play with friends is special because you can learn about the importance of perception within 10 short mins during post analysis - Each person could walk away with different views  on what the character said or meant despite watching the exact same show. 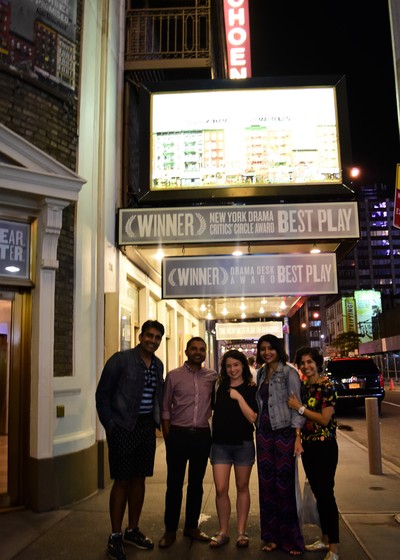 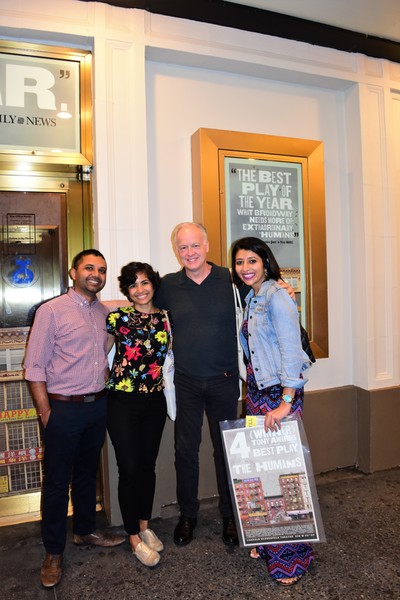 So, here is a fun story post performance of Humans, a multiple award winner drama. After we are done making our expert analysis of the play, we decide to get a photo taken for memory. Someone comments that the daughter and mother were especially great in this brimming with talent drama. Just then, a lady comes out from the side door and we request her to click a photo of us. Well, as it turns out, she immediately prepares to pose with my friends. I am left with the camera in my hand and Mandeep frenetically gesturing something to us. He was trying to tell us that she is the actress Sarah Steele from the play we just watched and we caught her heading out after removing make up. And hilarity ensued.... hence those funny smiles on our face. we are laughing at our own faux pas. It brought forth the special quality of stage - you get to be up close and personal; immersed in the middle of action vs being distant audience watching a movie.
This photograph with Reed Birney is special, possibly our only picture with a Tony award winner .