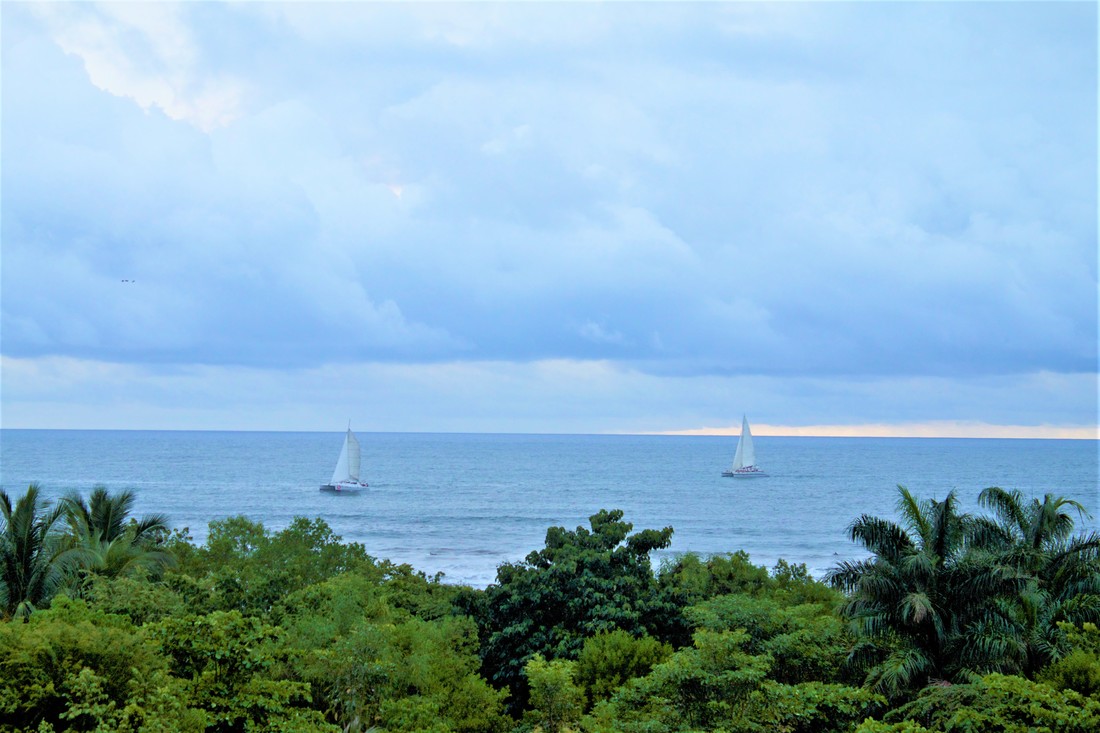 View from our room in Tamarindo
Costa Rica is a land of surging rivers, growling volcanoes and rich jungles. It is a mecca for adventure junkies. You cannot drive 5 Kilometers without facing a billboard welcoming you to jump into a deep gorge or climbing a volcanic peak. 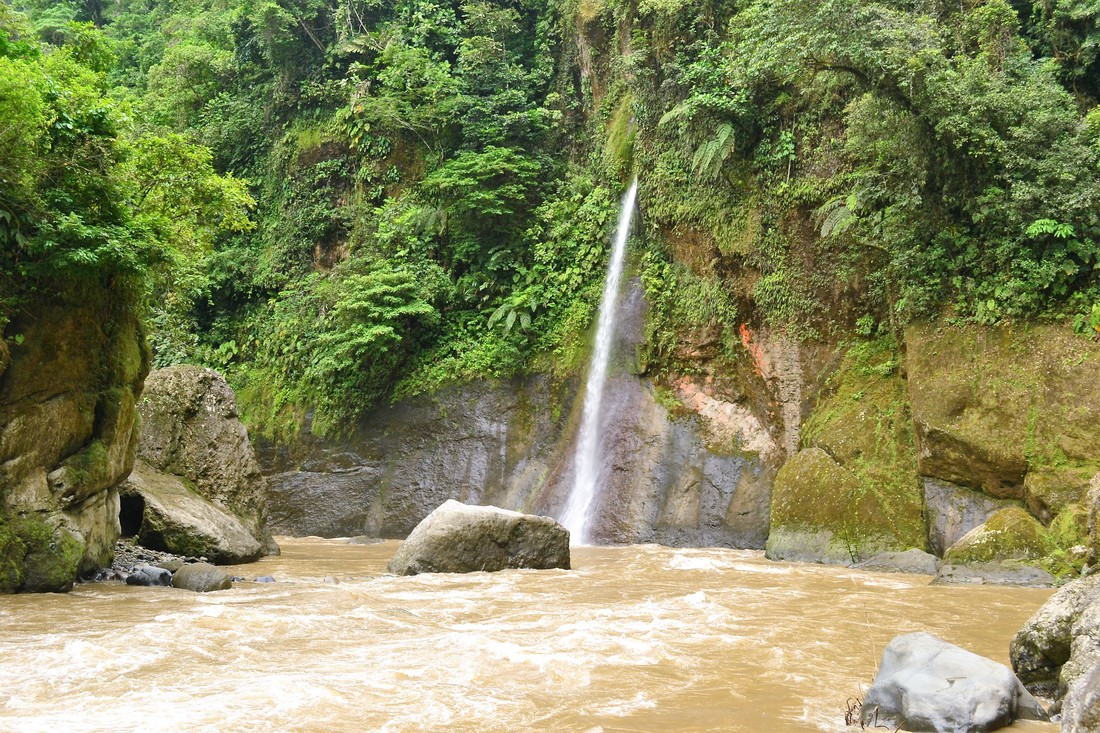 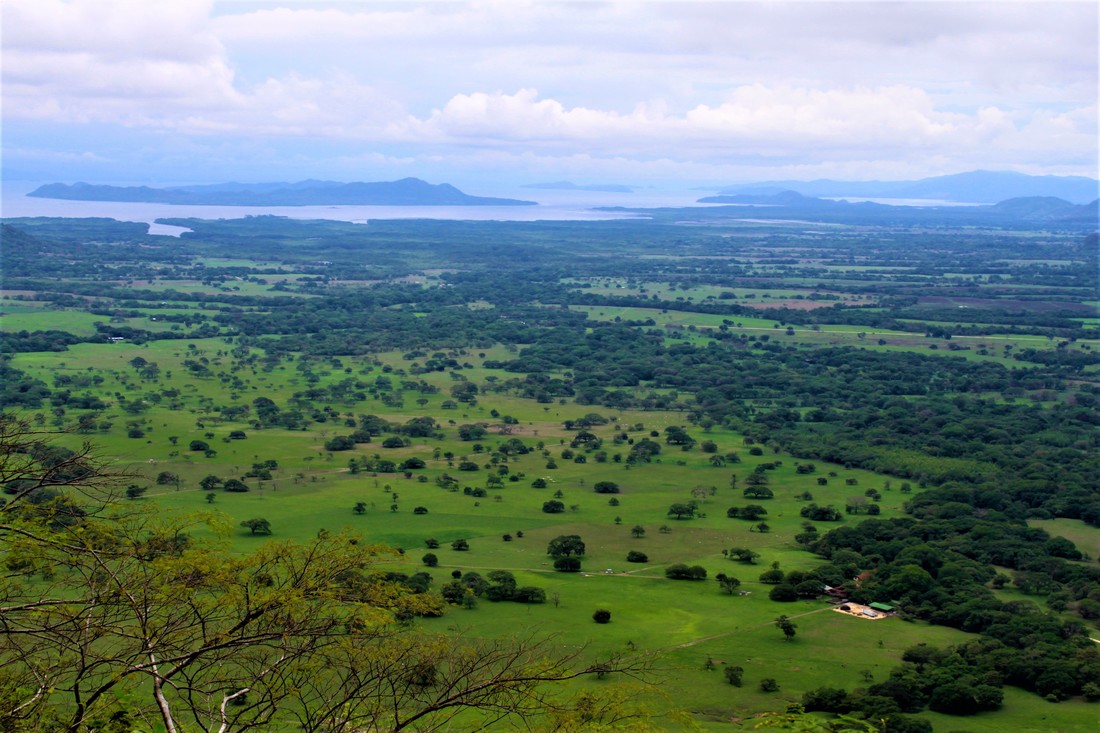 A vista point from our hike to a cave of bats!

Costa Rica holds a special place in our hearts because it is the first country that we visited outside of US and India. It is in Central America, situated between Nicaragua on the west and Panama on the east.​
​
The most striking thing about verdant and colorful Costa Rica is not that it is a egalitarian society but that it is so because colonizers left it alone; Yes, you read it right. Precisely because our so called development model and civilized people did not touch it, it is setting a fine model today. Colonizers did not find any natural resources on this strip of land and the population was too thinly spread for exploitation of cheap labor.​ 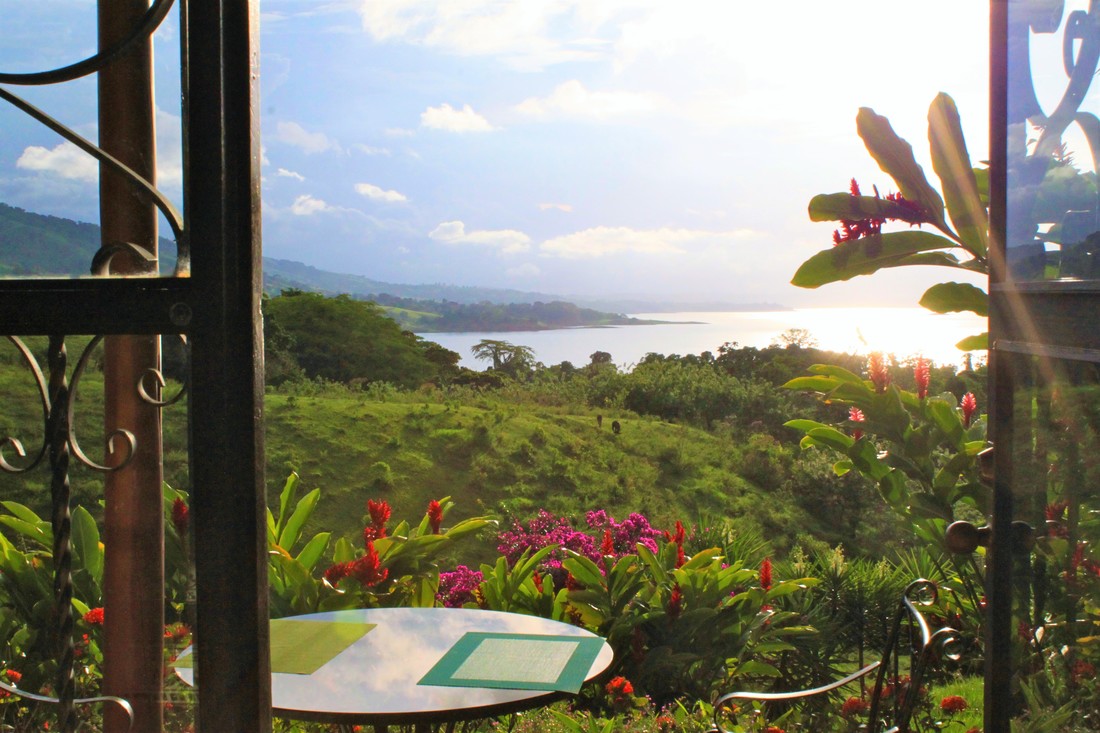 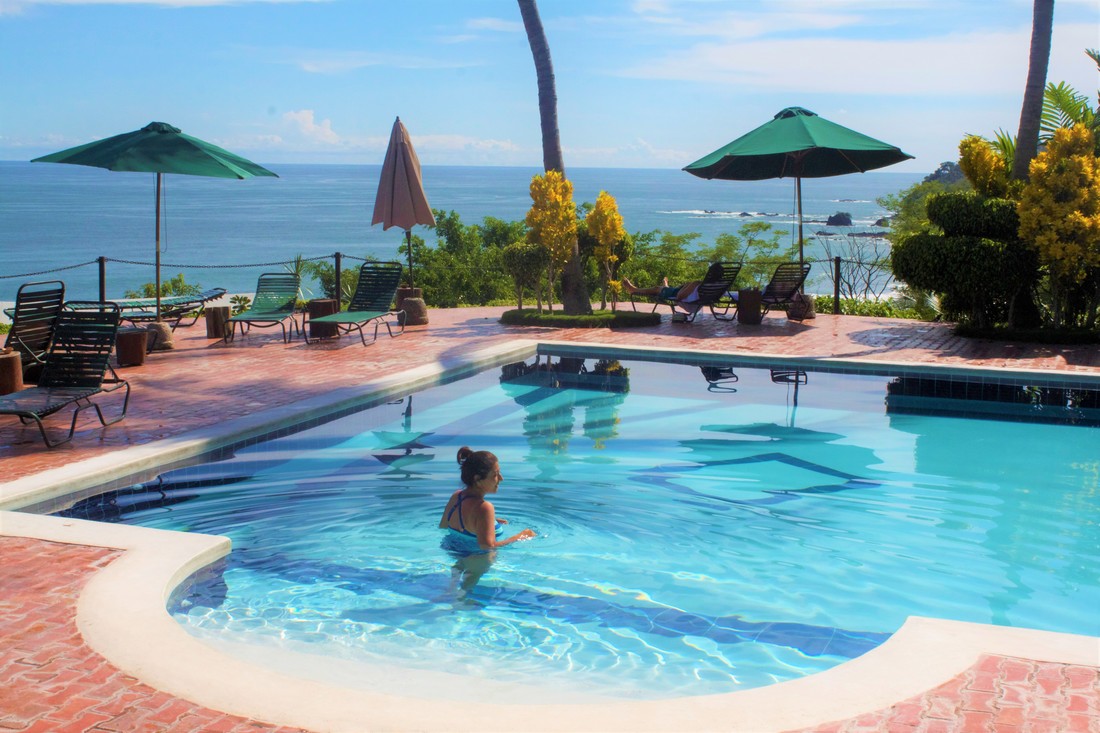 In our exotic hotel in Manuel Antonio

Top 10 highly recommended activities (based on our personal, thrilling experiences)

1. Bungee Jumping in Monteverde
2. Extreme Swing in Monteverde
See our jaw-dropping, nerve-wrecking and (maybe...somewhat?) humorous videos below :)
3. Whitewater Rafting on Pacuare river, San Jose (We went for an all-day excursion with snack break where the rafters served us fresh cut fruits by the side of the river!! YUMMM!!!
4. Surfing in Tamarindo (Nitin headed out for his surf ride in the pic on the right) 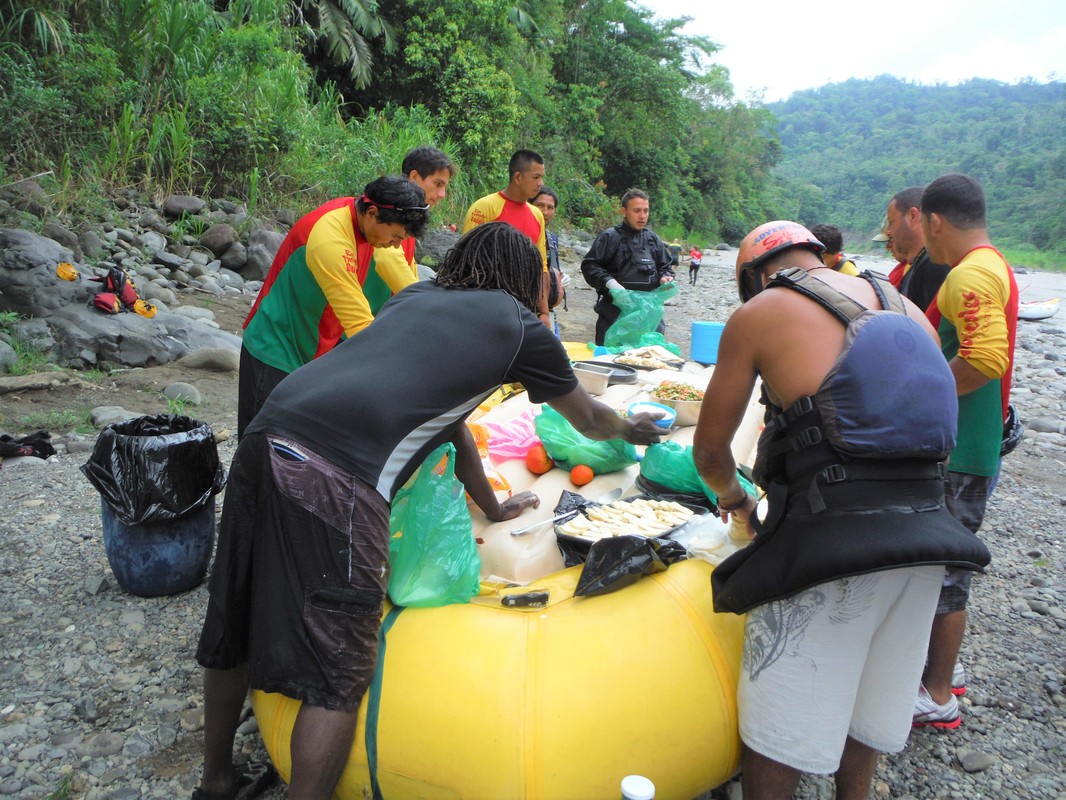 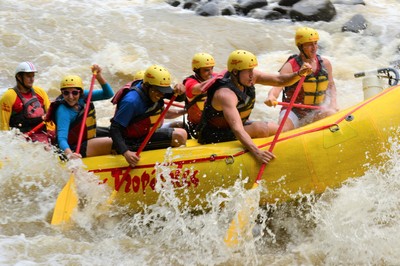 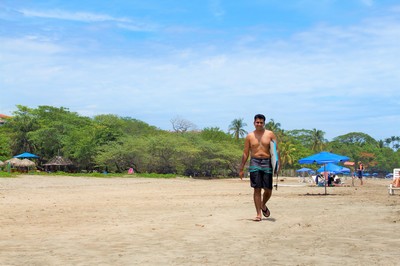 5. Waterfall Rappeling in the canyons of La Fortuna, Arenal
6. Ziplining in Monteverde – Some of the fastest and longest zip lines in the world (Pic credit: SkyAdventures)
7. Kayaking in Mangrove forest among Monkeys and Constrictor Boas in Costa Rica 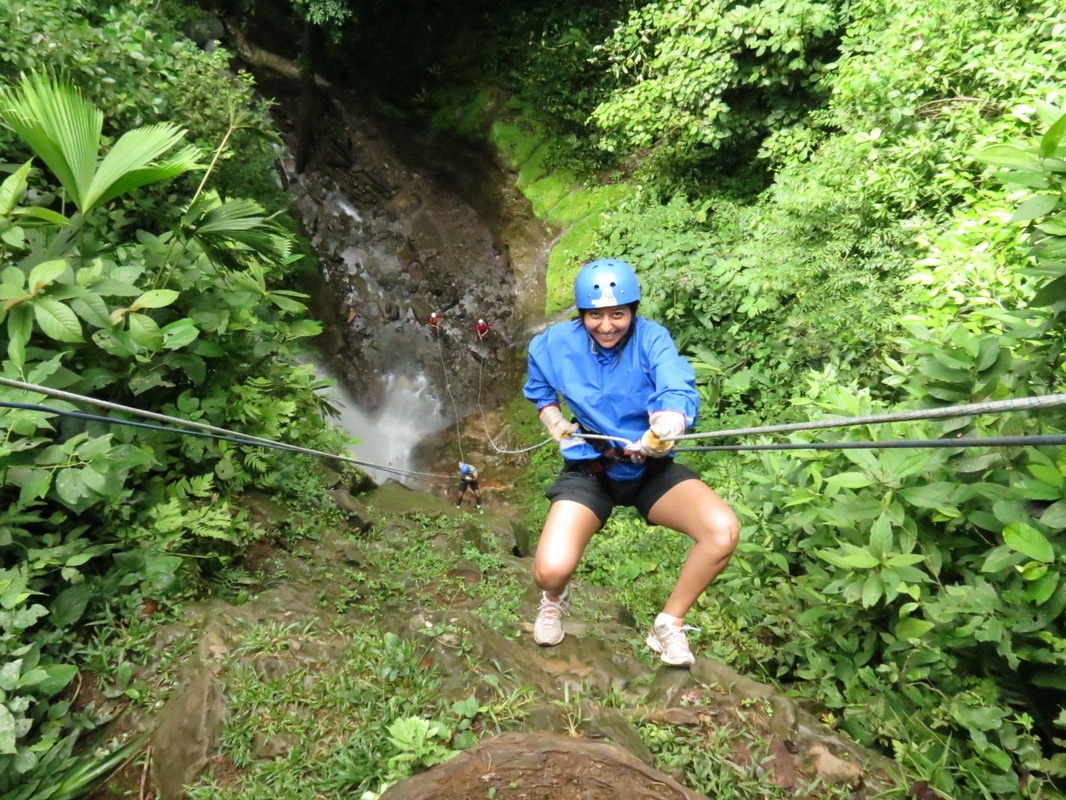 Waterfall Rappeling in the canyons of La Fortuna, Arenal
8. Bird watching: may seem to be a very passive activity for adventure junkies but trust me, these are very colorful birds that are hard to find in other habitats so easily. I'm glad to have seen them with my own eyes! (Pic credit: SkyAdventures) 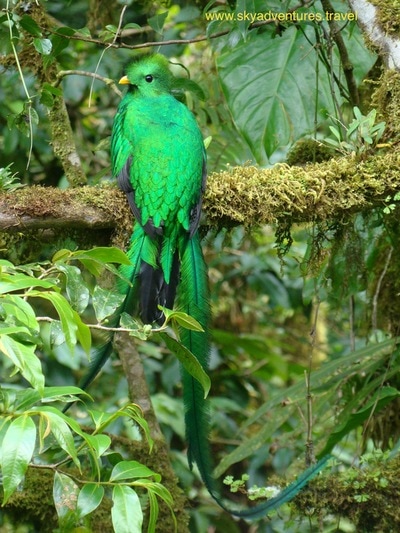 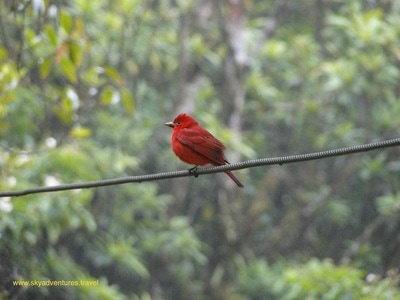 9. Run by the beach, run by streets, run wherever you get a chance to enjoy the most beautiful views! 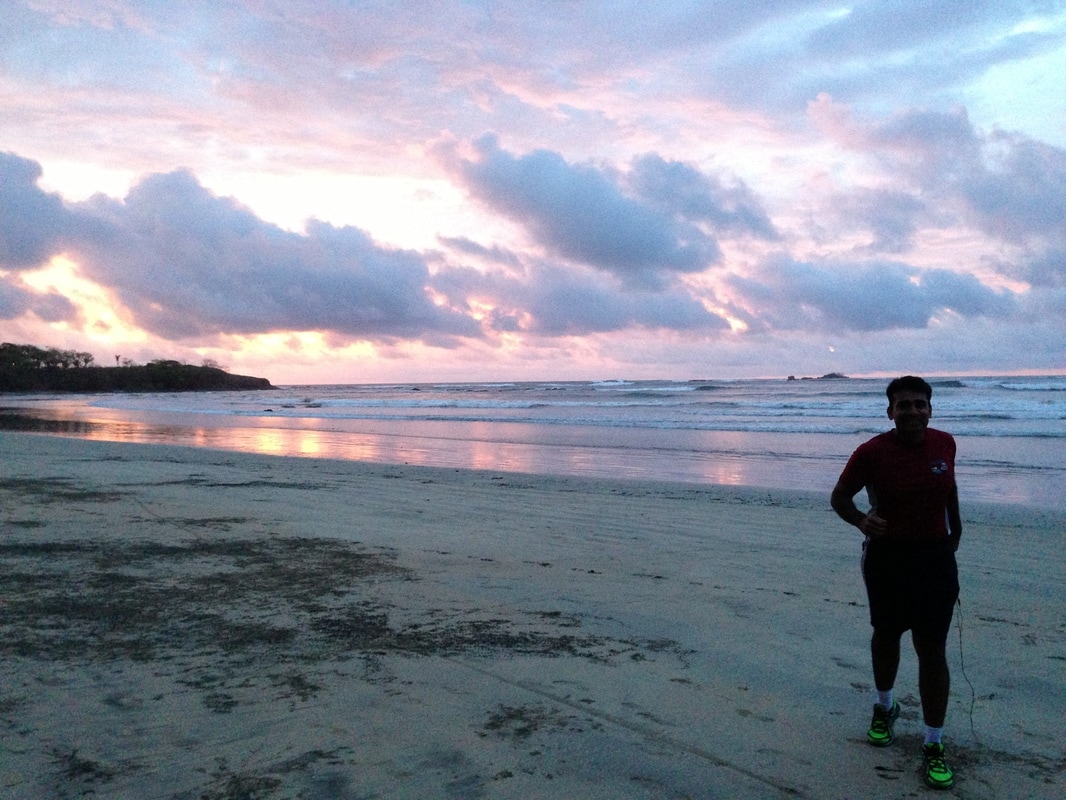 Getting a sweat-sesh in by Tamarindo beach 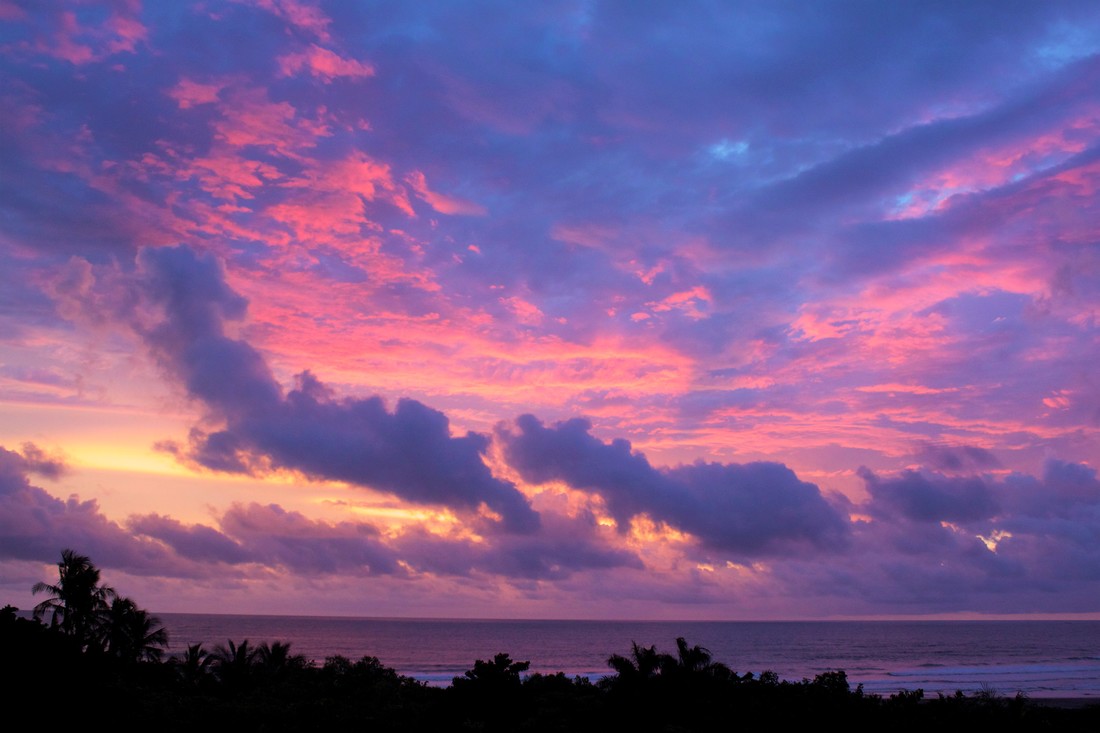 Sunsets in Costa Rica are considered amongst the most beautiful on the planet...and having witnessed it in person, we can attest to that.

Growing up in non-cosmopolitan India, I remember experiencing little acts that made us a community from a bunch of individuals. An experience I sorely miss in USA and more recently, even back home in Mumbais and Delhis of our new world. However, Costa Rica is a warm experience. An instant throwback to bygone era. People are generally happy and the nature of work (working the farm and tourism) makes them more social than individualistic. They make enough to afford to care but not so much to be ignorant and vain. In short, life is more or less in a sweet spot and I got to experience a touching example of that. After I was returning whitewashed from my fresh surfing lesson, my knees were bloody so Chandni took me to a small corner store to buy bandage etc. The lady initially directed us to some piece of cotton but when she saw my knee, she took matters in her own hands. From some nook, she pulled a tray with first aid kit, personally gave instructions to Chandni to clean up the wound and apply disinfectant etc. In my typical social instinct, pulled out my wallet but she categorically refused any colones and immediately went back to attending other customers. The point I am making is that although this appears this is how the world should operate. That there should be some things sacred. Out of reach for arguments of efficiency, value addition blah blah bla. I am so corrupted by this new system of paying off that I wanted to buy something from the store to thank the lady but mercifully Chandni dissuaded me and preserved the beauty of that kind act as a loving memory.