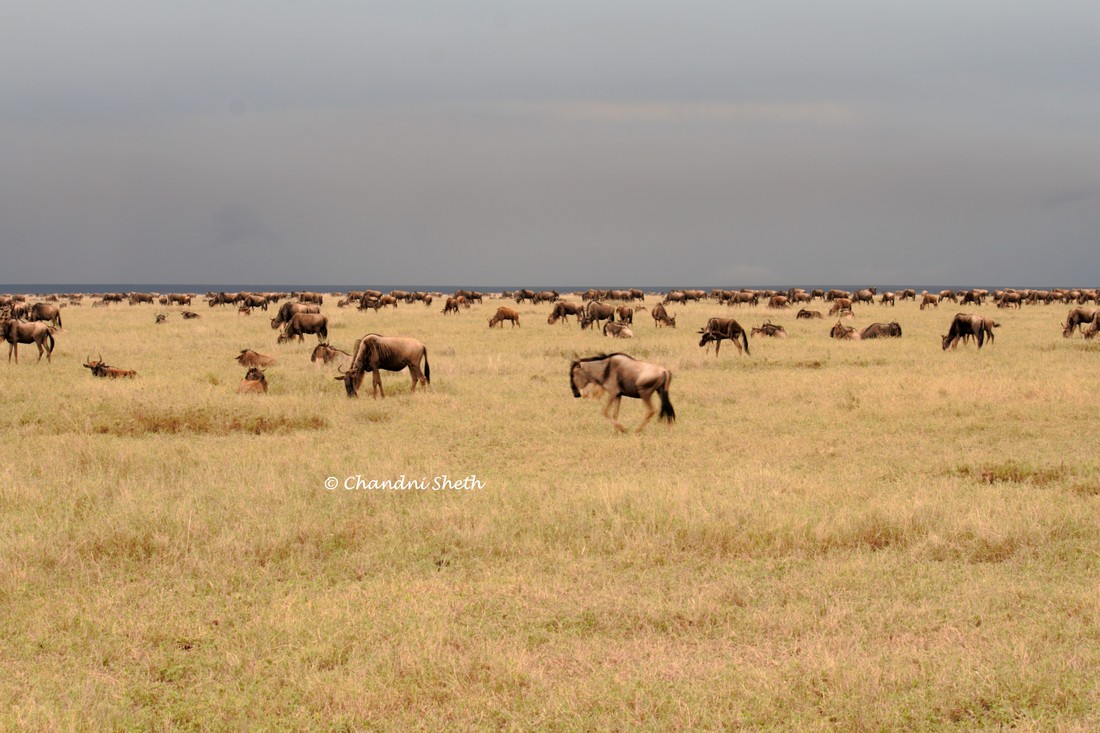 “Wilderness gave us knowledge. Wilderness made us human. We came from here. Perhaps that is why so many of us feel a strong bond to this land called Serengeti; it is the land of our youth.”
All those who identify with this line from ‘The Enternal Beginning’ must visit Serengeti National Park to see the circle of life in action. 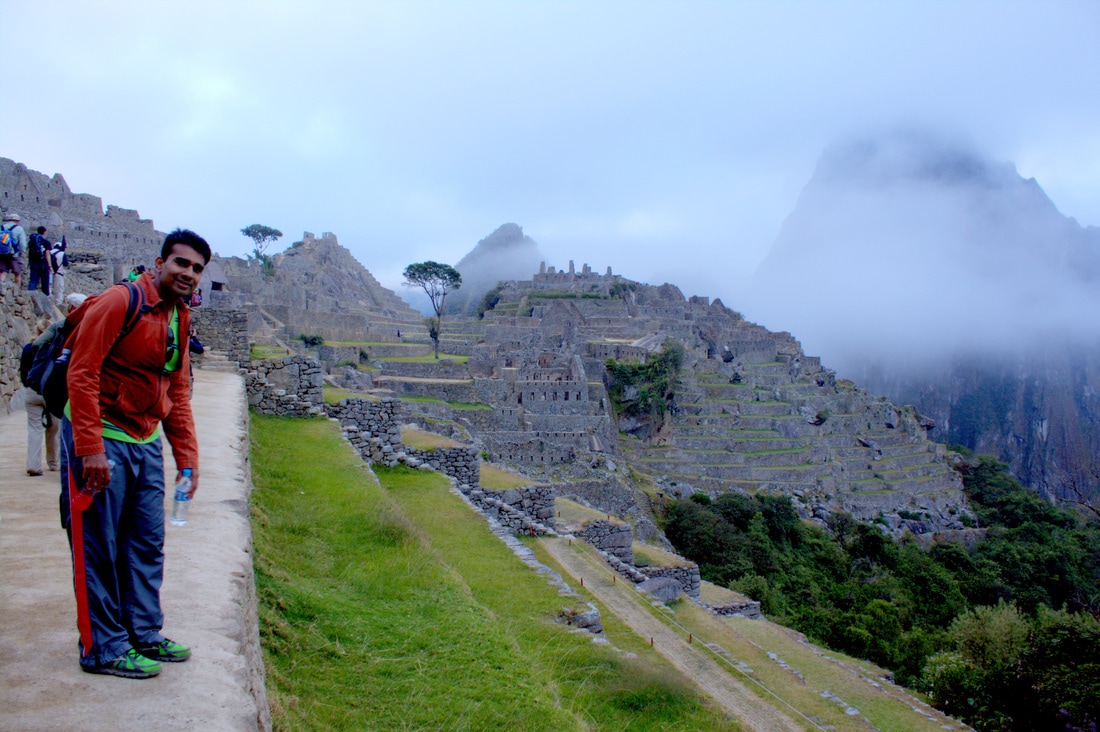 It’s not possible to know who we are are unless we understand where we came from, what our roots are.
Being on the edge of a steep mountain in the middle of classic stone structure built by  Incas takes us one step closer to that understanding. The thrill and challenge of getting there through deep jungles and ravines, on foot and on rafts is only a icing on the cake. 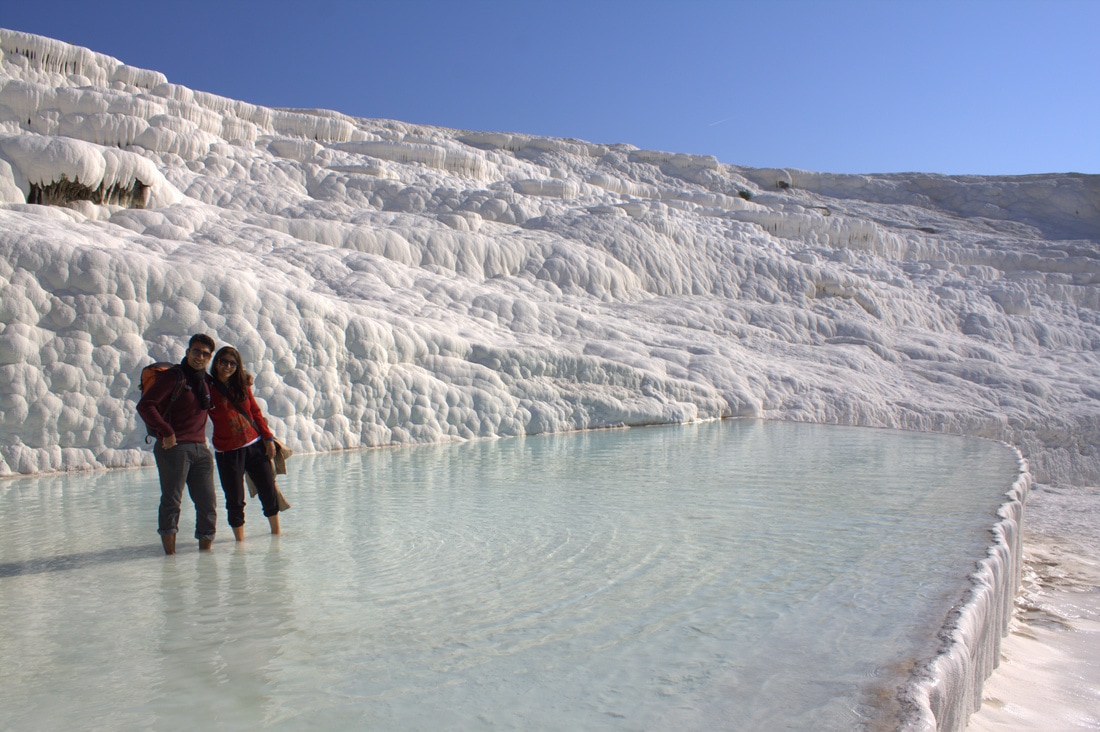 Forces of nature, though intense, act subtly, gently in order to create. This natural cotton mountain can result only when natural elements mix very slowly in precise measure followed by rapid precipitation. 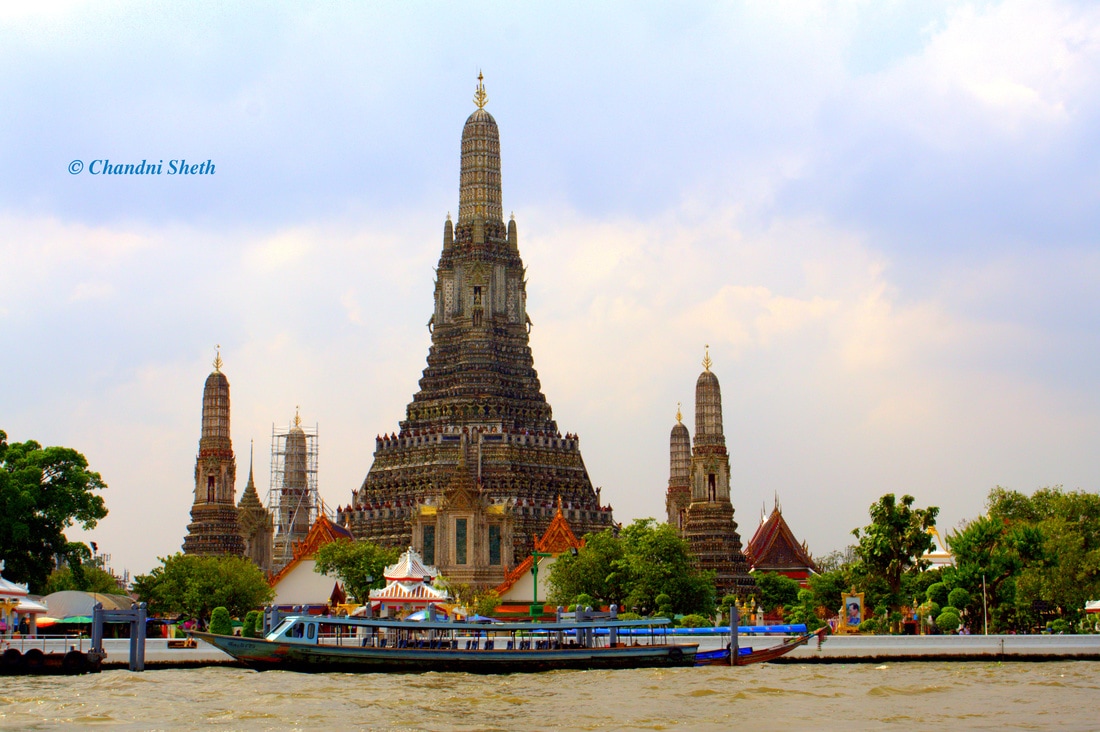 Bangkok is one of those rare gems that has managed to keep its ancient heart safely ensconced in its shiny exterior. Riding this section of Chao Phraya on a quiet evening is an experience in meditation. 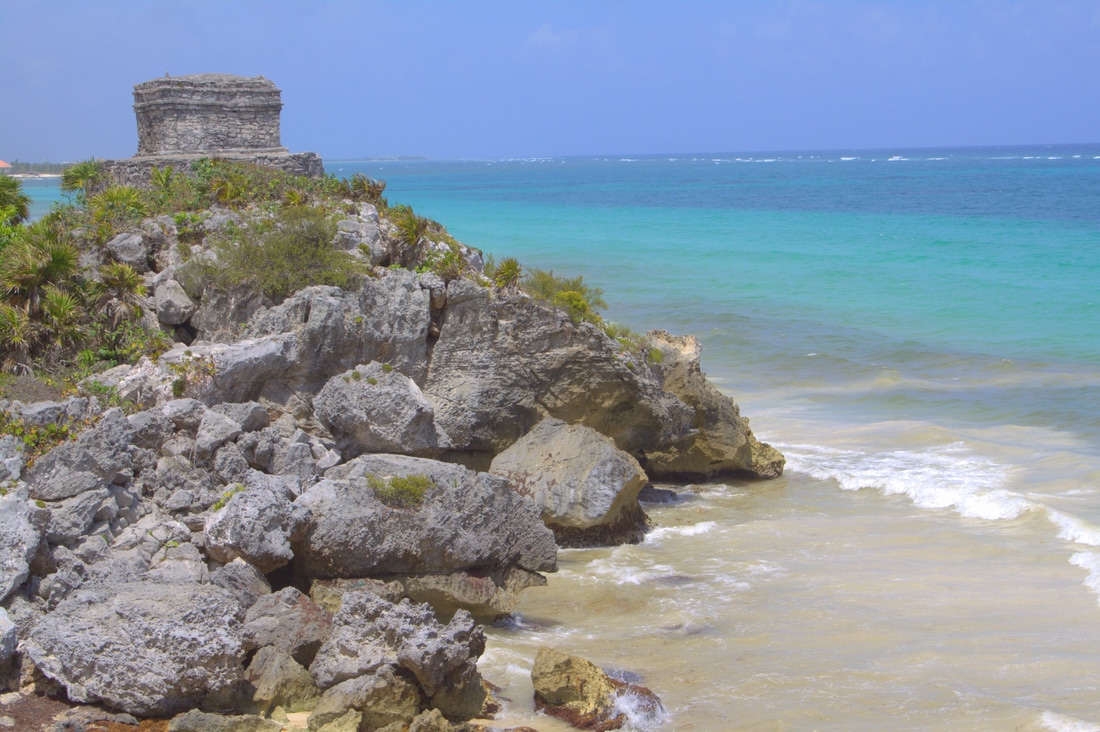 At first sight, this may look like another gorgeous view of the ocean but in reality what you are looking at is the edge of one of the most important ancient cities in the world - Tulum - meaning fence or wall in Mayan.
It’s not hard to recognize the importance of the location for sea trading routes and it certainly doesn’t hurt that it’s easy on the eye:) 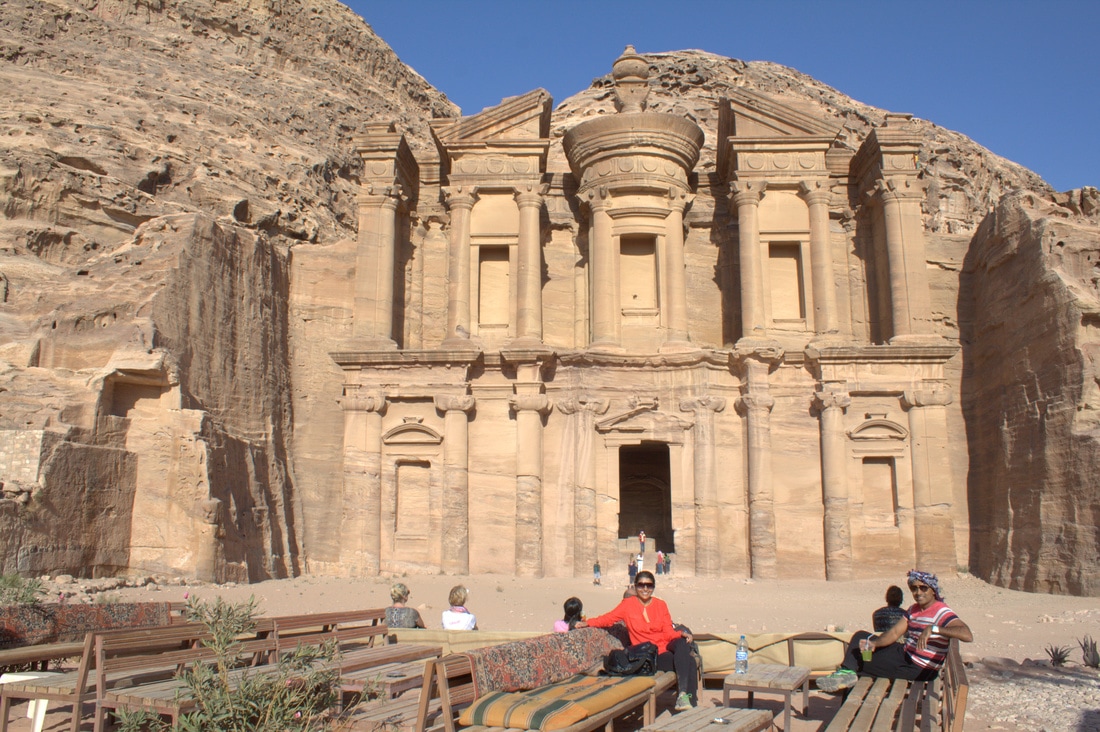 Yes, its the location of Steven Spielberg classic. No, its not built from ground up; it is carved into this huge rock. And wait a minute - It’s not just this magnificent structure(a Treasury) alone but an entire city that was carved into rocks by Nabatean kingdom of Nomadic Arab tribe. 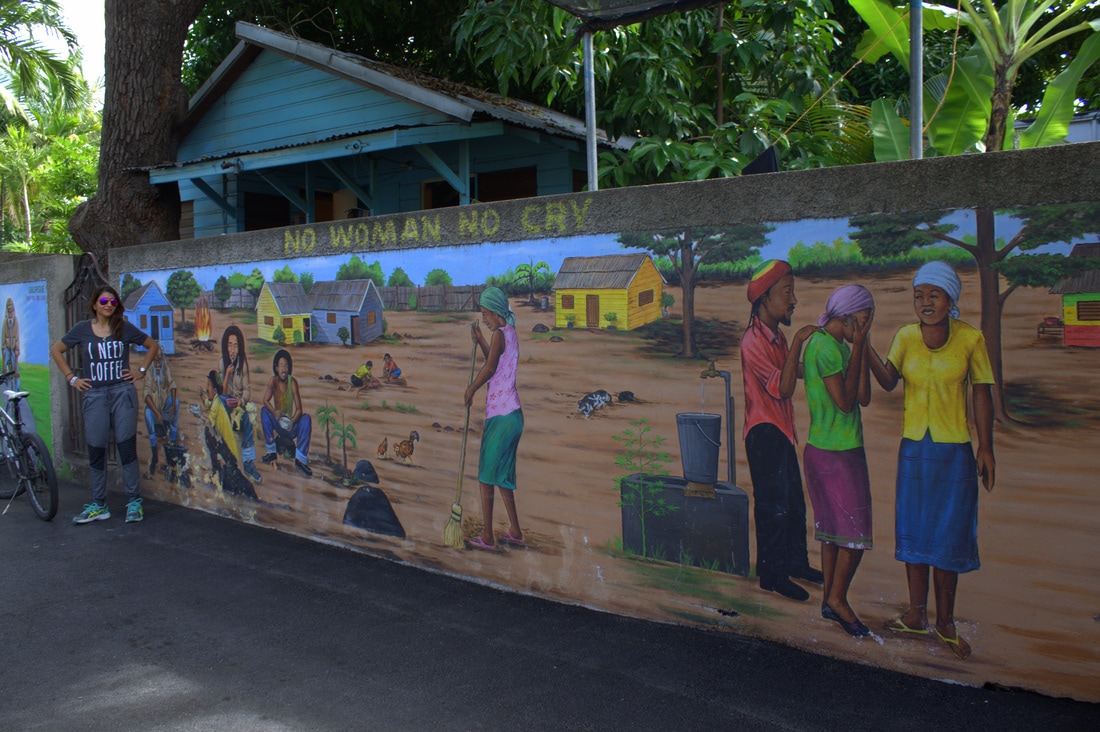 Fiery politics meets lyrical composition. Those who can’t recognize these lines can research and get pleasantly introduced to Reggae, Marley, Jamaica, British Carribbean and inherent flaws of an empire and inevitable flag of resistance. 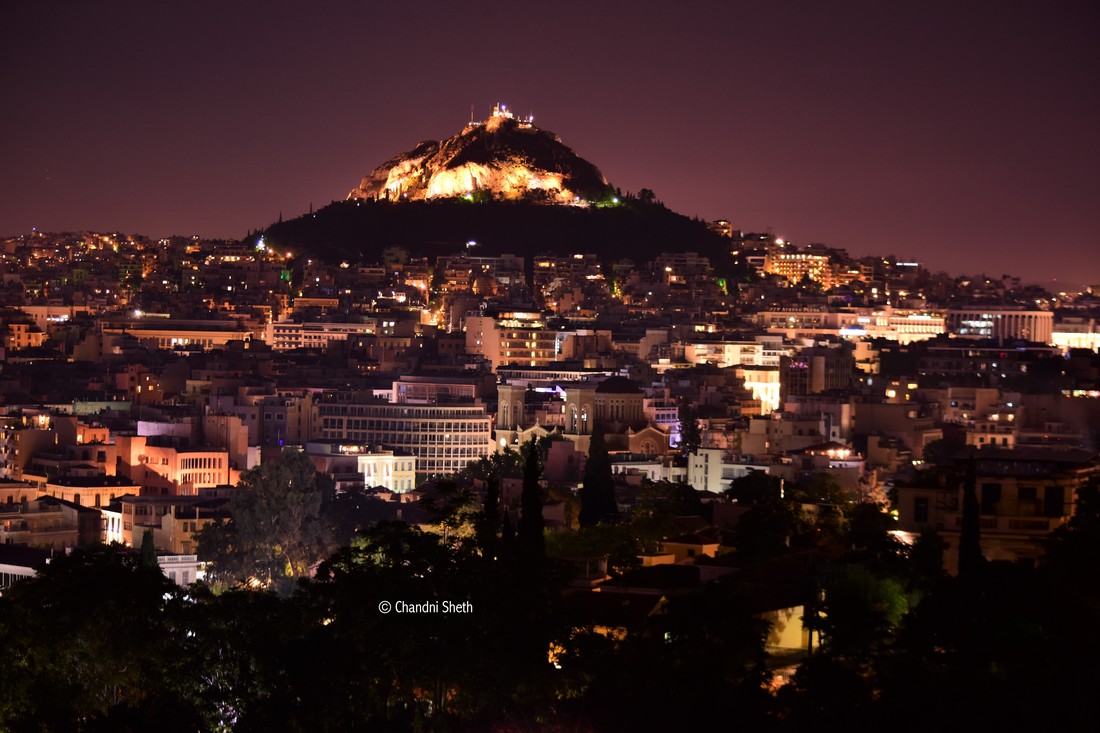 If you must point to one specific location whose historical impact impales through 25 centuries and couple of continents, then you are looking at one - Athens - where broad swathe of ideas were born that still influence the world at large but especially the Western world. 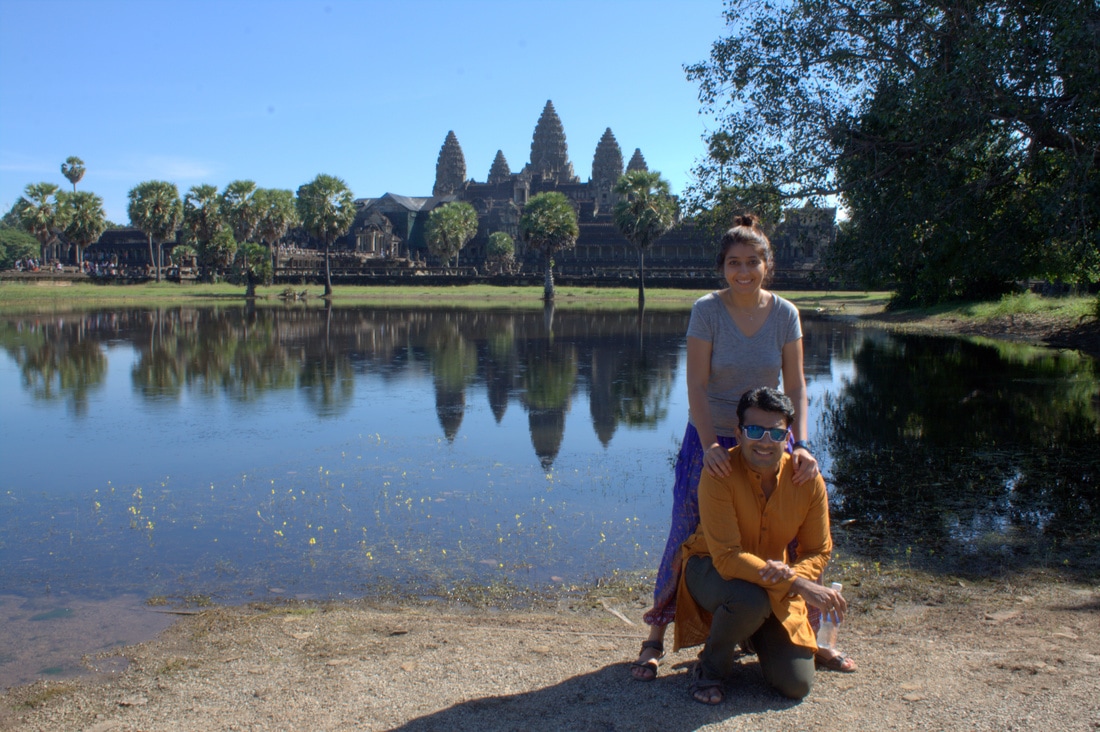 Home away from home - Angkor Vat - Although located 1000s of miles from India, some of the most remarkable stone carvings, paintings and temples bearing stories and figures from Indian mythology can be found here. Ironically, just few miles from from this serene spot, land mines are still scattered in the fields, a less than desirable gift from a far away, enterprising Uncle. 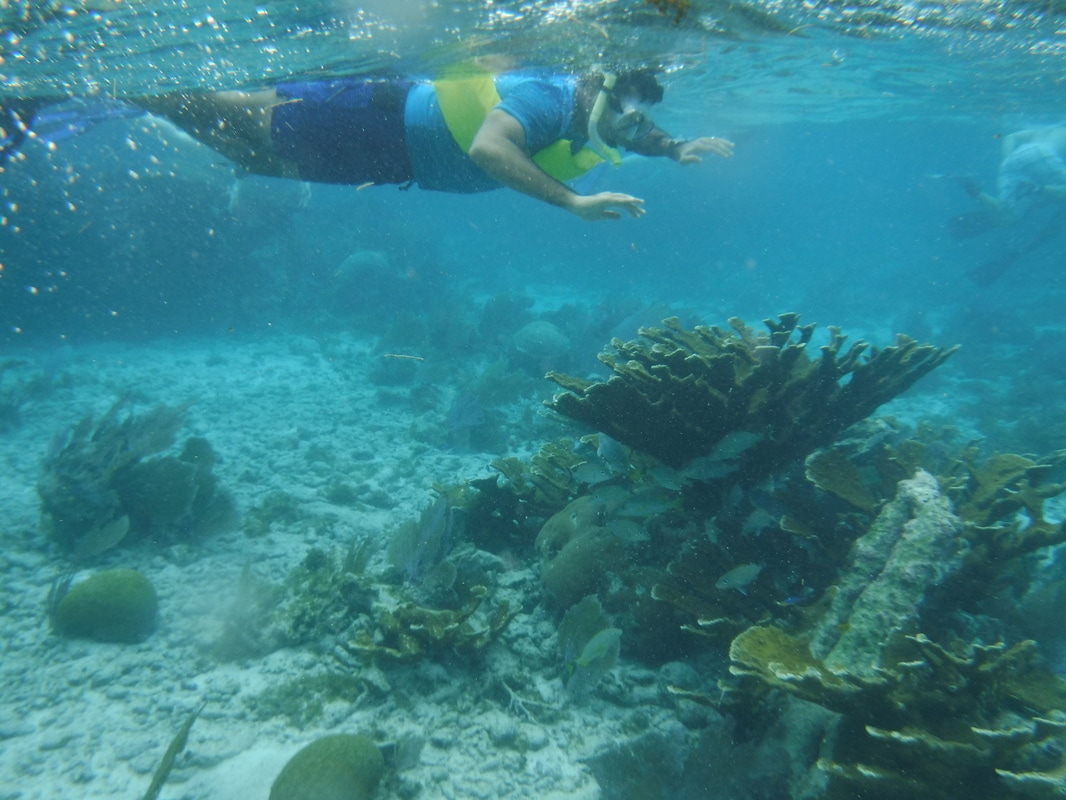 Underneath water surface, there are rainforests and few other underwater rainforest comes close in beauty to Hol Chan Marine reserve right by the second largest coral reef system in the world.
If anyone wants to learn about ecosystems and threats from Climate Change, Coral Reefs is a great place to start. It’s not some faraway abstract concept removed from our daily lives. Coral Reefs provide natural barrier for shoreline protection and directly related to human life and property. 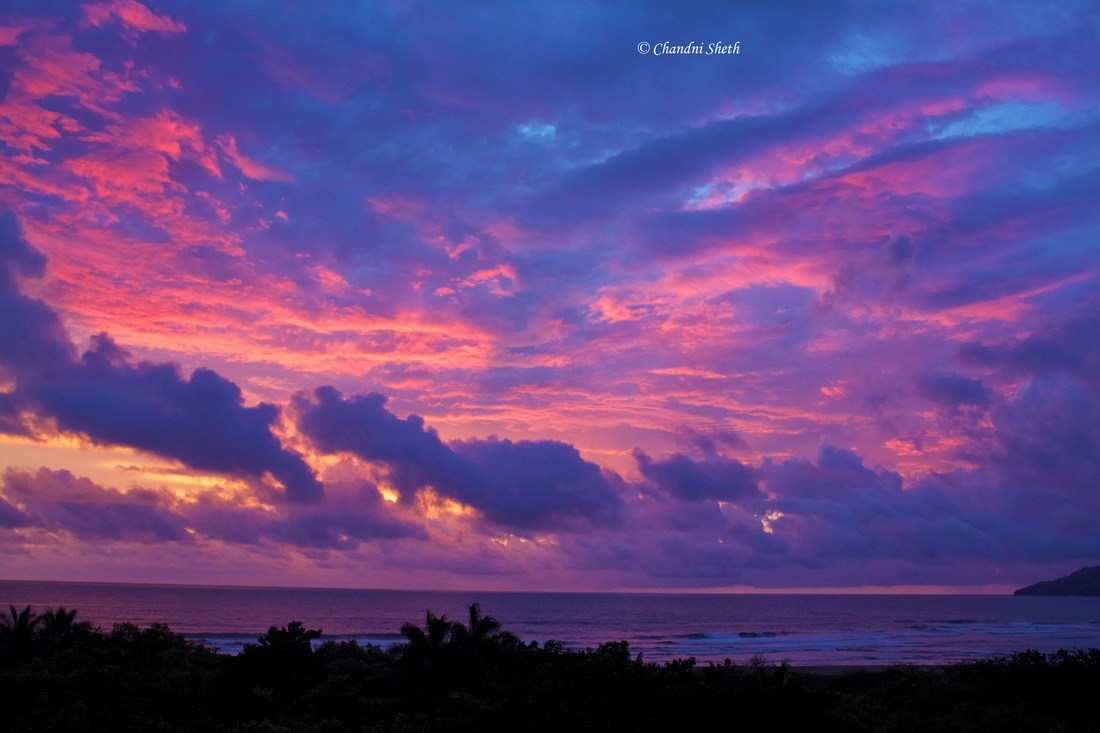 Sunsets, on any given day in any part of the world are pretty and offer a chance to contemplate, to see beyond the horizon. Although shot from our terrace on holiday, this photo, that moment, somehow, takes me home, to India, to its diverse people in myriad customs and more importantly to my parents. 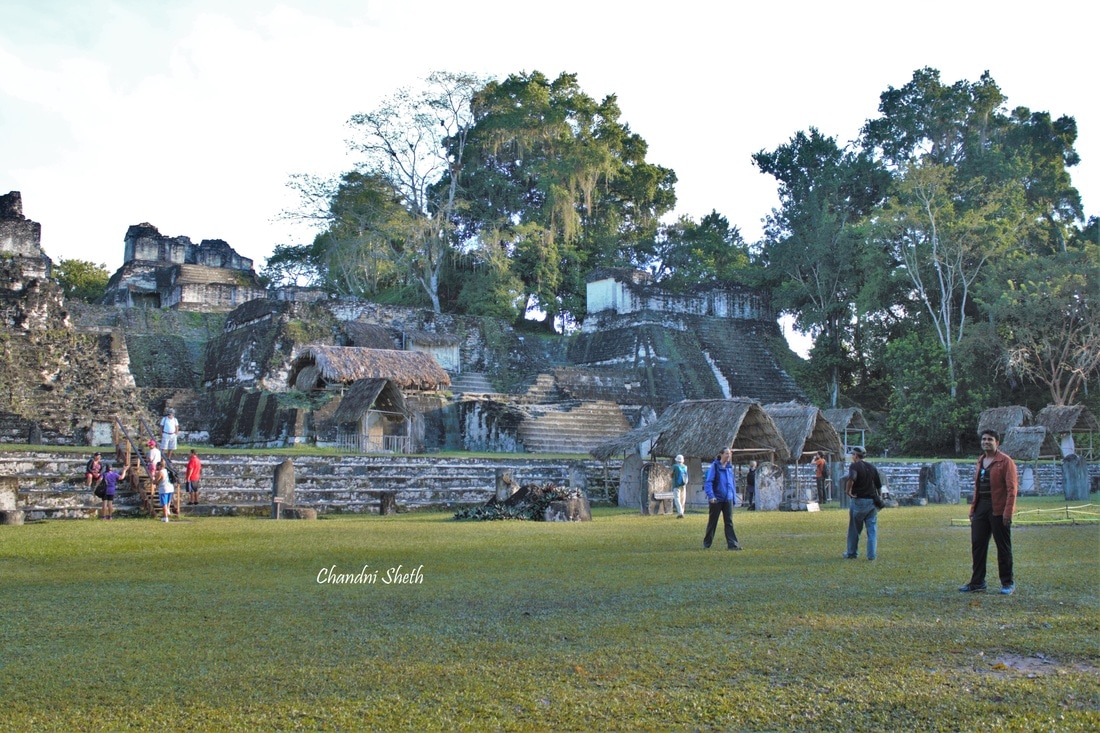 In order to enjoy any historic location, it’s essential to read its past for context and this is especially true of ruins. Ruins can be extremely sparse at times and you need a lot of imagination to evoke the bygone era. One cannot simply recreate that time at the spur of the moment without having read about environment, governance (or community organization)and customs of the people. Else, it will appear just like some KHANDHAR, a relic of ancient times. 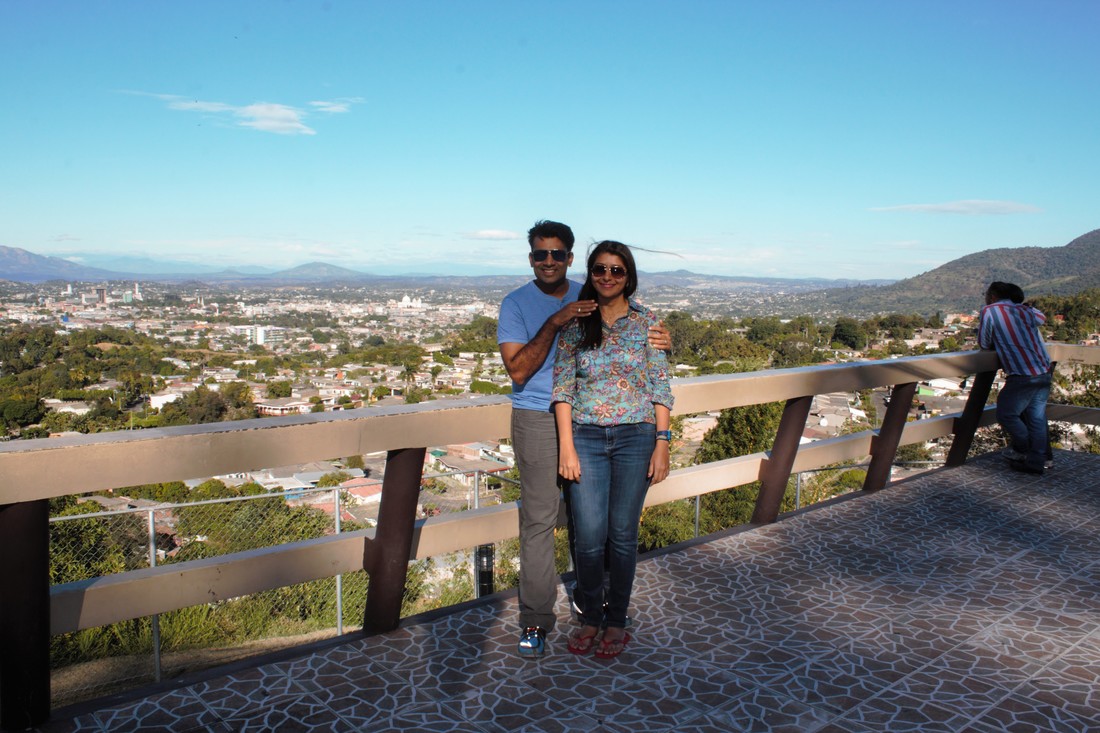 Although this photo is taken overlooking the sprawling capital city of San Salvador, we visited rural Salvador including some army and rebel camps(guided by ex-guerillas) in the deep forests, remnants of the civil war from the 80s. 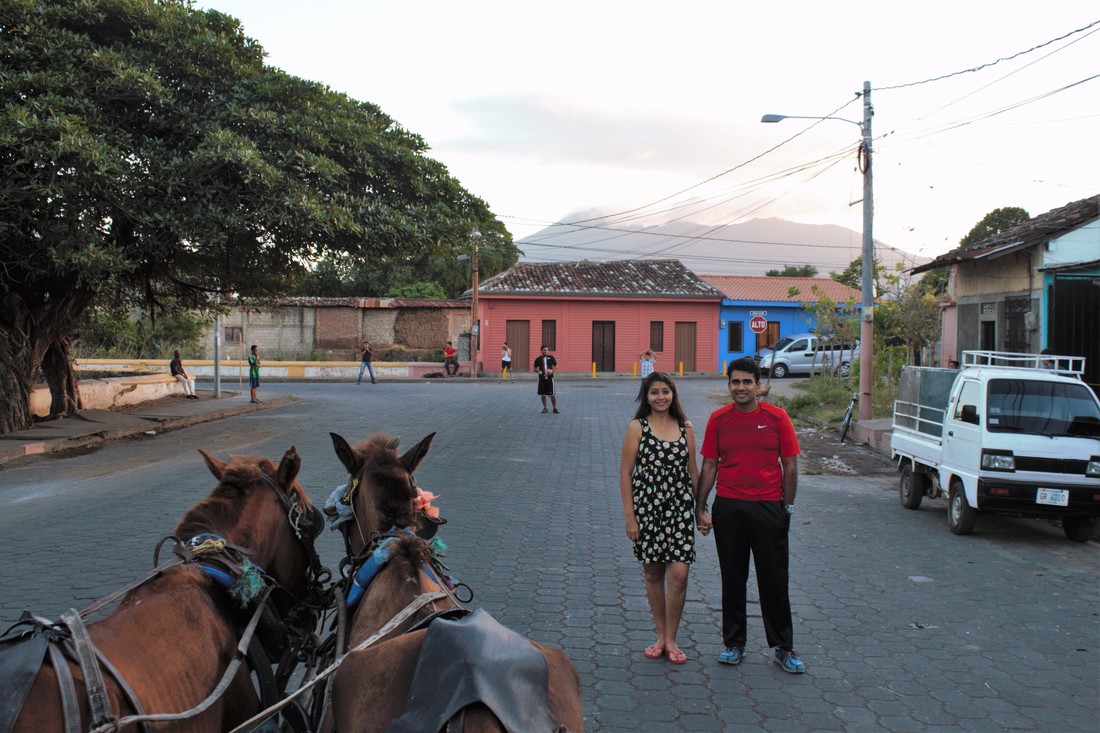 Granada, also called La Gran Sultana, is a classic colonial town with distinction of being the first officially recorded city(not a mere settlement) in New America. Spain named several cities after original Spanish city names like Granada which is also a big city in Spain.