Alaska was full of unique things we saw and experienced. Moose was the talk of the town. Coffee shops named after Moose, Moose-crossings were found very often, Moose meat for those who like to indulge and if nothing else, Moose Antlers can be taken home in the back of the car as a wall hanging! (Male moose shed and re-grow new ones each year)
A Moose can hear you from two miles away, so catching a glimpse of one is a rare sight to behold. If you don't, then not to worry. The museum at Denali National Park presents a life-size sculpture of one. 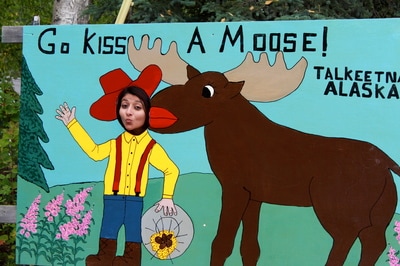 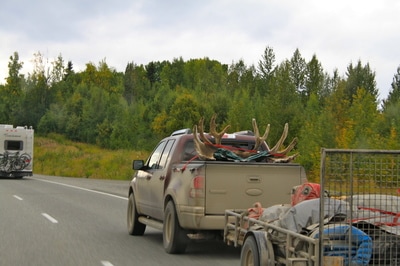 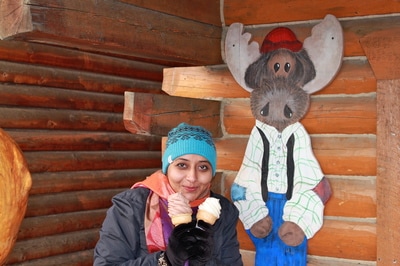 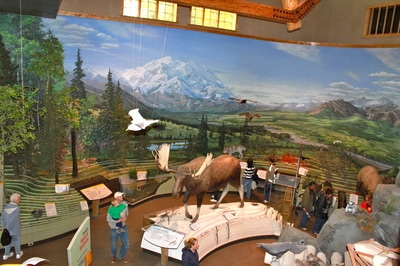 The main route between Anchorage and Fairbanks is the Parks Highway. It is a common misconception that the name "Parks Highway" comes from the road's proximity to the Denali state and national parks; it is in fact in honor of George Alexander Parks, governor of the Territory of Alaska from 1925 to 1933. This route presents some stunning views and numerous Pizza boards that seem to point to the forested areas. One can't help but wonder, where in that thicket can possibly be a pizza? The likelihood of finding a bear or a moose might be higher :) 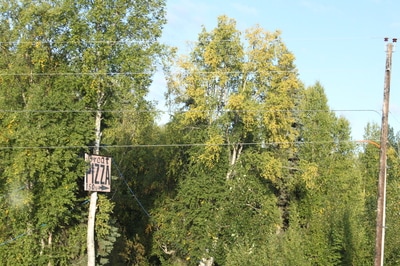 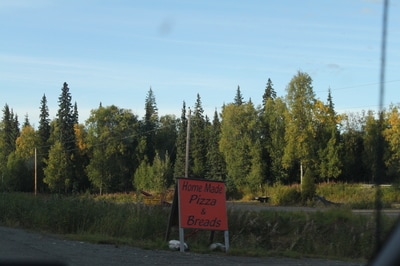 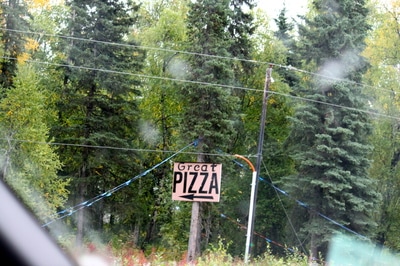 Gigantic Igloo sitting on the side of Parks Highway 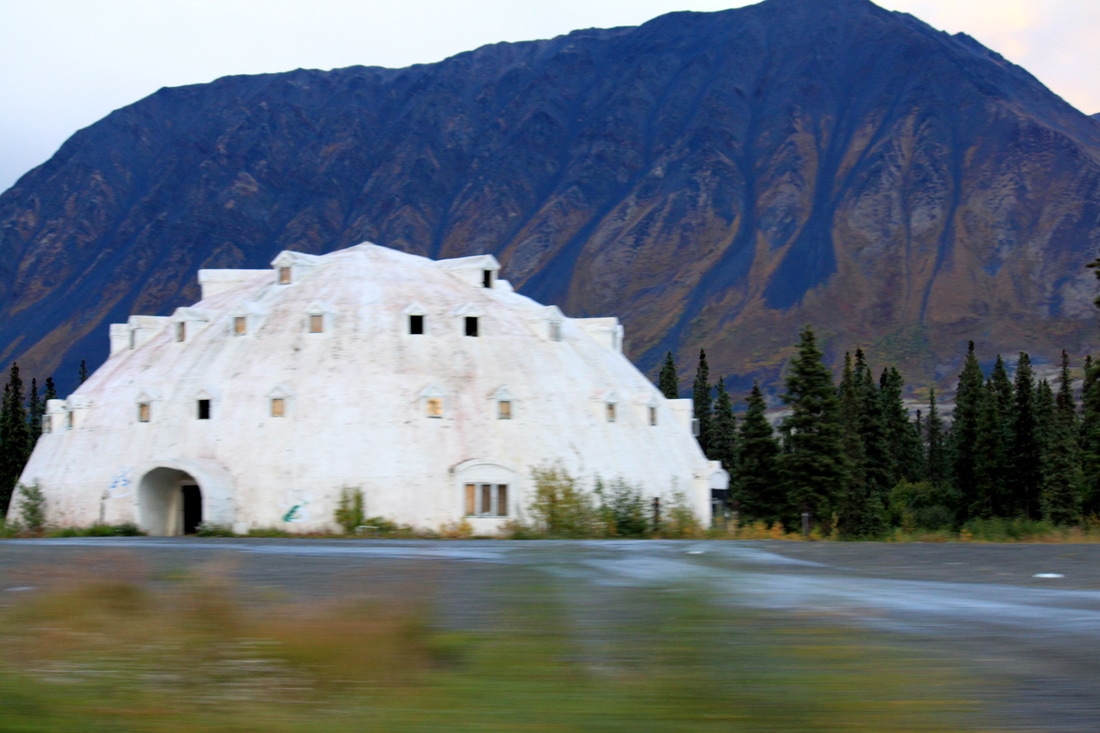 What are the odds of meeting such an adventurer at the Arctic Circle in Alaska right at the start of his journey?!
​At the crossing of the Arctic circle, we chanced upon this biker going from Alaska to Argentina. Turns out, he is Sean Dillon from Ireland, who started his journey on his Honda 90 motorcycle on 23rd Aug 2011. We met him 2nd Sept 2011. Since then he has taken his bike across five continents!.  He even has his own website: http://hondavstheworld.net/ and facebook page: https://www.facebook.com/Honda-Vs-The-World-137995892949475/​ 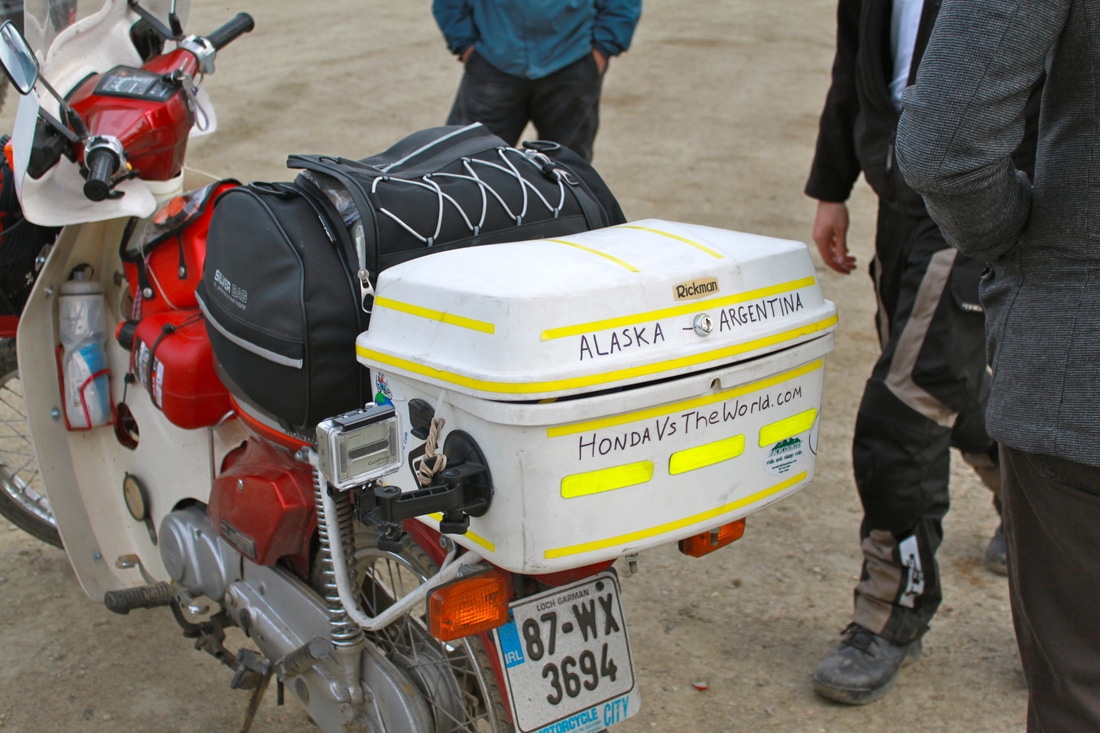 Laxman rekha in India and Arctic rekha in Alaska! That crazy, super exciting moment of life when a line often seen on a small globe at home that did not mean much in practical childhood life and held significance only in science exams, was now being crossed over on our very own feet! We found ourselves on its opposite sides but not for very long as  I skipped across gleefully while Nitin preferred to hang there for a while. 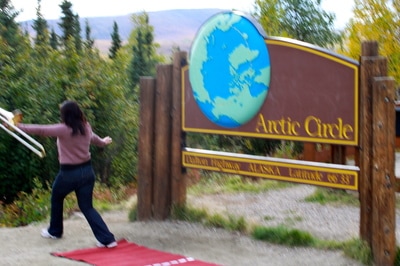 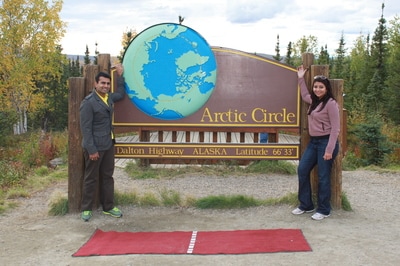 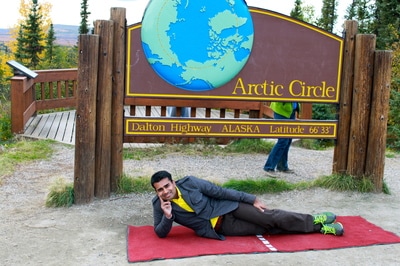